IDOT officials say there have been 115 crashes at the deadly intersection, but are conducting a study to help come up with a solution to fix the issue 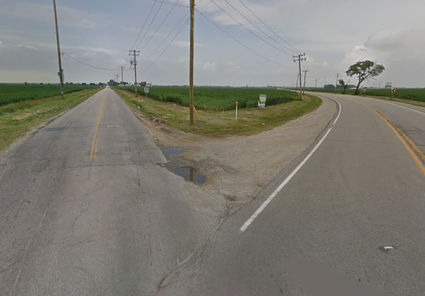 The community of Will County is demanding a change that has left its mark in a negative way over the past 10 years.

With more than 100 accidents at Route 52 and County Line Road, residents of Will County have had enough.

"I am hopeful we will here back from IDOT [Illinois Department of Transportation] here in the next few weeks," said Shorewood Village Administrator Jim Culotta. "Something needs to be done."

IDOT, which has said there have been 115 crashes at that intersection between 2009 and 2018, said that more than a third have resulted in serious injuries.

Most notably as of late, 27-year-old Paige Quinn was killed at the deadly intersection just last month.

On her way to her grandmother's funeral with her parents, the Jeep her and her parents were riding in was struck by another vehicle.

A study that IDOT is currently doing for preventive measures and to ensure safety among residents and those who pass through the intersection is currently being evaluated.

Culotta said that the village should be hearing back from IDOT within the next three weeks, hoping that there is good news for what can be a safer road to travel on in the future.

"We were told that they might have a conclusion for that meeting in early December," he said. "Ultimately the state is going to dictate what happens there."

Because of the recent fatality with Quinn, Troy Township Supervisor Joe Baltz said that fatality really made people open up their eyes to the issue, and since then, the state community has wanted a dramatic change.

"It's unfortunate even though that we identified the road being a problem it took a fatality to get responsiveness," Baltz said. "We've been told that they're out there doing a traffic study and the report in December will have suggestions on how it can become more safe."

Baltz added that because of the certain jurisdiction that counties have or do not have, it has made the process go by slower on how to deal with the issue.

"Troy Township doesn't have jurisdiction, " Baltz said. "Basically there is an Area one and Area two which consist of Will and Kendall County, so IDOT has two separate districts."

In trying to find a way to rectify the major problem, Baltz said that he would like to see a traffic light or a four way stop, but the state has already issued that as a major plan that would take a years to achieve.

"The problem has been said about having a traffic light that it would take something like five years to implement," Baltz said. "I'm not sure if we need a four way traffic stop or what, but something has to be done because the visibility of the curve is not ideal at all and we can't continue to have these issues."