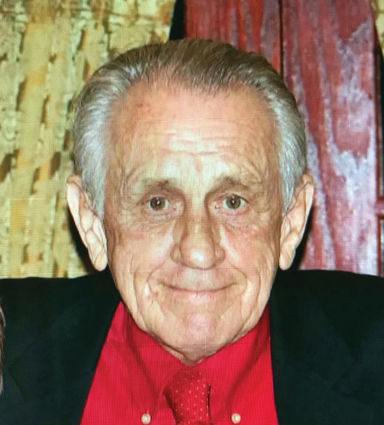 Ernest C. Dutkiewicz, 84, passed away peacefully surrounded by his family on November 11, 2019. Ernie was a long time resident of Plainfield, IL. He was born April 26, 1935 in Chicago, IL to Frank and Josephine (nee Talarek) Dutkiewicz .

Ernie graduated from Morton High School in 1953. He was a member of a band with several high school friends where he played the saxophone at various events.

Immediately after graduating high school he enlisted with the U.S. Coast Guard and served from November 1953 to November 1955.

Upon his honorable discharge in 1955, Ernie returned home and was employed with Argonne National Laboratory as a tool and die maker, and later went on to work at Western Electric (AT&T) until his retirement in 1993.

Ernie played and refereed hockey from his early 20's to mid-30's.

After his retirement he enjoyed traveling with friends and family to various places especially Las Vegas where he would sit for hours at a video poker machine waiting for that one card for a Royal Flush.

Other activities included golfing and fishing, attending the Wisconsin State Fair for more than 30 years, weekends at the Croatian Club listening and dancing to polka music. He was a member of the Plainfield Moose Lodge #2491.

Ernie lived every day of his life to the fullest and will be remembered for his love of music. He will be missed by his many friends and acquaintances.

He is survived by his children, Denise (Dave) Walker, Cheryl (Ron) Smith, and Edward Dutkiewicz; his loving grandchildren, Amber, Justin and Seth Laroche, Daniel, Adam (Ashleigh) and Grant Saxen; his great-grandchildren, Hope, Christian, Preston, Miles and Carter Laroche; his dear twin sister, Colette (Frank) Kucera; as well as many nieces, nephews, and countless great friends. He was preceded in death by his sisters, Lorraine Schieve and Joanne Dutkiewicz.

A memorial service will begin at 3:00 PM in the funeral home. For information please call 815/436-9221 or visit www.overman-jones.com