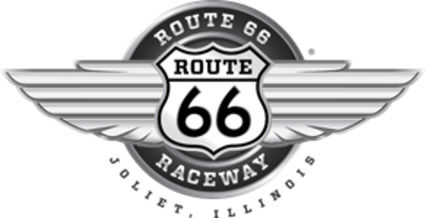 "The robust line up of event programming once again features unparalleled content that provides something for everyone, from racing to Rock 'n' Roll," said Route 66 Raceway President Scott Paddock. "Our featured Route 66 NHRA Nationals will feature four new classes for the fans to experience new sights, new sounds and new stars in 2020."

Fans will experience 11,000 horsepower and speeds of 300 mph with Funny Cars and Nitro-powered Dragsters accelerating from zero to 330-plus mph in under four seconds at the Route 66 NHRA Nationals. For the first time ever the Route 66 Raceway will feature four new classes in Factory Stock Showdown, Top Fuel Harley, Mountain Motor Pro Stock and Pro Modified. The addition of these four new classes compliment the always exciting nitro Funny Car and Top Fuel classes. Fans will continue to have unparalleled access to the pits and Route 66 Raceway facilities with every ticket including a pit pass.

Tickets are on sale now for the Route 66 Raceway NHRA Nationals: bit.ly/2rlCQM5.

Route 66 will celebrate the 10th anniversary of the Four Seasons Heating, Air Conditioning and Plumbing Burndown at Sundown Saturday night, May 30, under the lights in conjunction with the NHRA Lucas Oil Drag Racing Series season championship event May 28-31.

As the sun goes down on Route 66 Raceway, the track heats up with explosive content all night with a fire-festival theme consisting of jet-propelled cars rocketing to speeds near 300 miles per hour, performances by the United States Freestyle Motocrosss Team, concerts, specialty food items, a fire-breathing performance by Logan Cruz, whose set is a hybrid of art, dance and circus and much more. The best of 10 sportsman racing classes, including nitro-powered dragsters and supercharged funny cars will be featured during the four days of Lucas Oil Drag Racing. The Lucas Oil Drag Racing Series is the proving ground for the future stars of the NHRA.

The 14th Annual Nitto Tire Super Bowl of Street Legal Drag Racing will pit the National Mustang Racers Association (NMRA) and the National Muscle Car Association (NMCA) in head-to-head competition on the track in pursuit of victory July 30 – August 2. Noted as the most popular on the four-stop tour, the NMRA/NMCA Super Bowl of Street Legal Drag Racing has been home to many record-setting passes in the more than 30 classes. Off the track, the event features a car show, swap meet and manufacturer's midway.

The D'Arcy Buick GMC Route 66 Classic will pay homage to the early days of drag racing and hot rod culture on August 15. Fans attending the Route 66 Classic will leave the world of today and take a trip to yester-year as the event features nostalgia match racing, a bigger and better classic car cruise-in, fierce pin-up contest, the return of the Sneaky Tiki Bar and much, much more! Fans are encouraged to dust off their poodle skirts or leisure suits and crack open that tin of pomade because they are about to experience time travel like never before.

The complete 2020 major events schedule for Route 66 Raceway is as follows:

*This schedule is subject to change at any time, without notice at the discretion of Route 66 Raceway, its affiliates and partners.