Author discusses 'A History of Food in America' at Library

Author Bruce Kraig talks about book, "A Rich and Fertile Land: A History of Food in America" to Plainfield Public Library 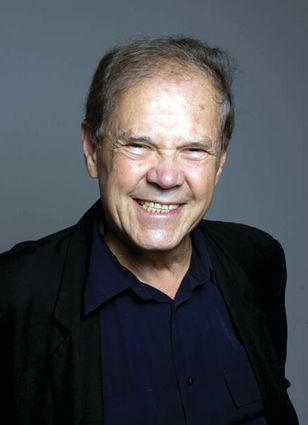 There's no secret the food source and demand for American food has changed dramatically.

How American food habits transformed the Midwest from untouched prairies to the nation's farming heartland was something that was discussed at the Plainfield Public Library District by author Bruce Kraig.

Kraig, a Professor Emeritus in History at Roosevelt University in Chicago where he taught a wide variety of courses in history, anthropology, and popular culture, has appeared widely in the electronic media as writer and on-camera host and narrator for a multi-award winning PBS series on food and culture around the world.

His publications range from books and articles in academic journals on European and world prehistory through American history.

"This book that I presented is about America's food history," Kraig said. "It focuses on production, land use and especially peoples ideas about what they eat and how they create it."

The book Kraig alluded to was "A Rich and Fertile Land: A History of Food in America."

Through the small ears of corn that have now developed into Corn Pops, Captain Crunch among other supermarket popular shelved cereals and food, Kraig dove into how the transformation started.

Kraig discussed how a visit to Plainfield 15 years ago transformed and populated ideas into the book he wrote.

"When I was driving up route 30 I saw bulldozers and they were tearing off the top soil," Kraig said. "This was the deep rich soils of the prairie and they scooped it off and it will probably be made into a shopping mall."

The immense seas of grass and herds of animals that supported indigenous people have turned into industrial agricultural operations with regular rows of soybeans, corn, and wheat that feed the world was something that Kraig explained to the crowd that started the transformation. 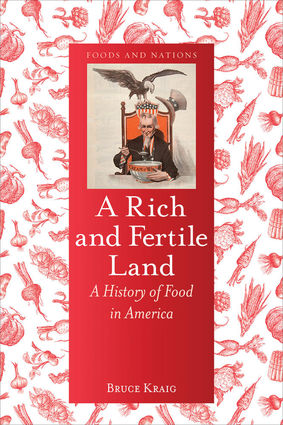 Kraig also mentioned from the first Native Americans to modern industrial farmers, how people have shaped the North American continent and its climate based on the foods they craved and the crops and animals that they raised.

"It's the same thing down route 59 where it's all strip malls," Kraig said. "Plainfield has just boomed."

Other topics were discussed were adding onto how Plainfield use to be all farmland, a focus on Midwest with the start off colonial ideas with American food, mammoth cheese that was made for presidents and how Americans like the idea of big food because restaurants from the early 19th century have been devolved from fancy to casual.

"Being a Professor I enjoy teaching people," Kraig said. "Sometimes I talk too much but I enjoy things that I have learned in my past and teaching those in the younger generations so the cycle can keep going."