Angels on way to Class 3A state finals 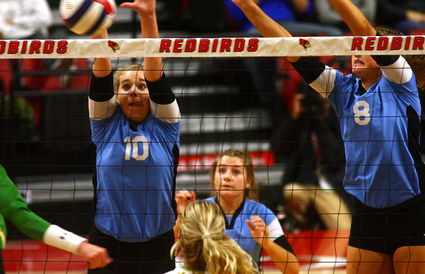 Joliet Catholic Academy senior middle hitter Bella Ray said there was one word to sum up the Angels' IHSA Class 3A semifinal match against University High of Normal – revenge.

However, it was eventual state champion Sterling that sent the Angels to the third-place match with a 27-25, 25-20 win.

The two will meet again for the championship.

"Now, our next revenge is to beat Sterling," Ray said.

"To get to the state final was our goal and now our goal is to go out there and play our best and do our best and win that match. I think we are ready and we are as prepared as we can be," JCA coach Christine Scheibe said. "My assistant and I will be watching more film tonight and see if we can pick up on anything else, but I think we will be ready to step on the floor and compete tomorrow."

The Angels were led in the semifinal by Jillian Gray's seven kills.

Gray missed the entire season with an injury and returned to the lineup for the postseason run.

Scheibe said the game plan heading into the semifinal was to focus on themselves and not worry too much about their oppoenent. 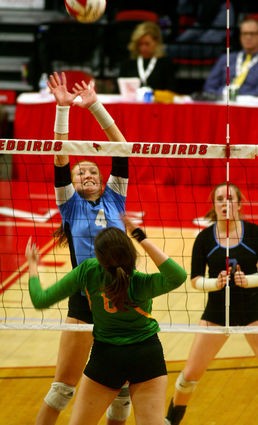 While that will remain a focus in the championship match, the Angels will have to deal with a host of talent in sisters Bree (751 assists, 262 kills) and Brook Borum (332 kills) and kills leader Grace Egan (339).

But with revenge in mind, the Angels will battle for the title.

"Last year we really wanted it," Gray said. "But I think this year, we want it even more."