30 years ago marked the infamous fall of the Berlin Wall 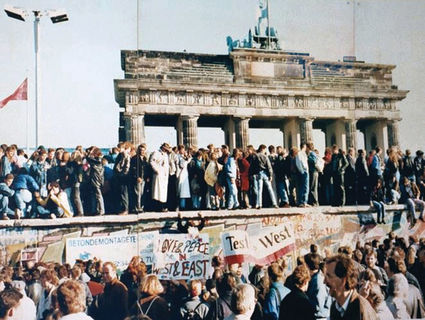 Saturday, Nov. 9 marked the 30th anniversary of the infamous fall of the Berlin Wall.

German historian and public speaker, Anette Isaacs, stopped by the Downers Grove Library to share the events that took place and the ultimate demise of the wall that was caused by a series of revolutions in nearby Eastern Bloc countries that caused a chain reaction in East Germany.

Isaacs, who lived in Berlin for 13 years and has lectured for almost 20, said the most common questions she receives are current and modern questions about Germany.

"I usually get questions about what happened to the refugees that came to Germany a few years ago," Isaacs said. "My lectures are usually received very well, I love to talk about these events that transpired years ago."

Isaacs usually starts off her presentation with the discussion about the end of World War II, and explains how and why the Berlin Wall came into existence in the first place.

What remained of pre-war Germany, west of the Oder-Neisse line, was divided into four occupation zones, each one controlled by one of the four occupying Allied powers: the United States, the United Kingdom, France and the Soviet Union.

The capital of Berlin, as the seat of the Allied Control Council, was similarly subdivided into four sectors despite the city's location, which was fully within the Soviet zone.

Within two years, political divisions increased between the Soviets and the other occupying powers, so these included the Soviets' refusal to agree to reconstruction plans making post-war Germany self-sufficient, and to a detailed accounting of industrial plants, goods and infrastructure.

"I then like to talk about daily life in East Germany and how in the 1980s the population of East Germany started to demand reforms and of course also freedom," Isaacs said.

Isaacs mentioned to the crowd that the East German government claimed that the Wall was an "anti-fascist protective rampart" intended to dissuade aggression from the West. 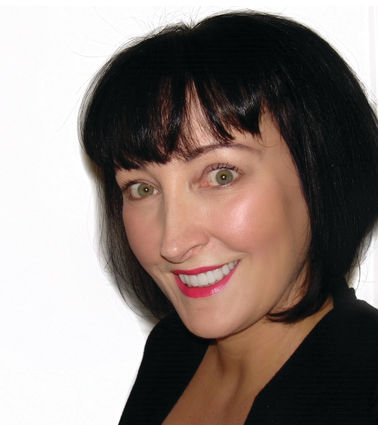 She added that East Germans and others greeted such statements with skepticism, as most of the time, the border was only closed for citizens of East Germany traveling to the West, but not for residents of West Berlin travelling to the East, and the construction of the Wall had caused considerable hardship to families divided by it.

To conclude the lecture Isaac has been sharing for two decades, she brings in the current state of Germany.

"My lecture is rounded off by a discussion of how Germany is doing right now, almost 30 years after the unification," Isaacs said.

With an estimated death toll from 136 to more than 200 and the demolition of the Wall officially that began on June 13, 1990 and was completed in November 1991, many Berlin Wall experts still believe that there is psychological soul-searching and questioning that still takes place even to this day.