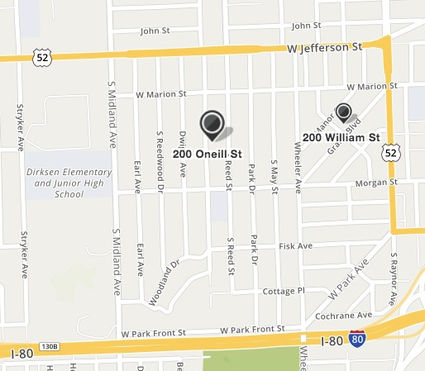 A Joliet man was arrested after allegedly shooting a woman in the leg Nov. 2. The shooting occurred at 4:52 p.m. in the 200 block of O'Neill Street. Police said officers arrived to find a 22-year-old woman had been shot in the leg. Her injury was not life-threatening.

Police said "a description of the possible vehicle that was used in the incident" was given out to other officers and a traffic stop was made a short time later in the 1000 block of Gardner Street.

Investigators reportedly matched the driver, Dominique Travis, 26, as the suspect in the shooting.

"The reason for the shooting is still being investigated," police said. Travis was arrested on a charge of aggravated battery with a firearm and booked into the county jail. Travis has previous pleaded guilty to unlawful use of a weapon for a Sept. 2013 confrontation in Joliet where he shot at a group of people in the 200 block of North Broadway. He served prison time for both that incident and striking his pregnant girlfriend earlier that year.

Travis was also tried on a charge of attempted murder for an Oct. 2013 shooting at a party in the 100 block of Malibu Drive in Bolingbrook. A 20-year-old man was shot in the chest and a 21-year-old man was shot in the leg, according to court records. Police said Travis fled with another man in an SUV that led officers on a high-speed chase to Joliet. During Travis' 2014 trial, the driver of the SUV and other party guests testified they could not remember Travis attending the party and he was found not guilty.