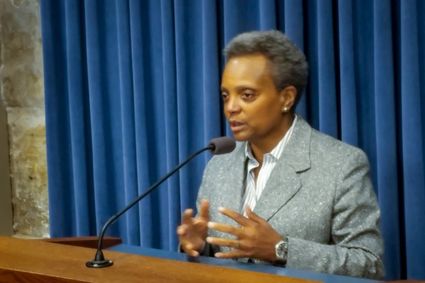 Two major issues that lawmakers were expected to deal with during the fall veto session regarding a Chicago casino and the upcoming legalization of adult use recreational marijuana stalled Wednesday in the General Assembly as the session entered its final day.

While both chambers of the Legislature still have time to act on the marijuana follow-up measure, Senate President John Cullerton, D-Chicago, conceded Wednesday the Chicago casino bill would not clear both chambers before the scheduled adjournment Thursday.

"This is something we thought was going to be initiated over in the House," Cullerton said during a committee meeting shortly after a proposed casino bill was filed in the Senate. "This is a Senate bill, so we're not going to be able to pass this this week. But it's important, I think, that we advance the bill because it seems to be stalled over in the House."

Although the casino bill is primarily of interest to the city of Chicago, it has statewide implications because the state's share of the revenue from the casino will help fund a $45 billion capital infrastructure plan also approved this spring.

The expanded gambling bill that passed in the final days of the 2019 regular session included special taxes and fees that would apply to only a Chicago casino. Among those was a 33-percent "privilege fee" that would go directly to the city. That would have been on top of all the other taxes and fees that apply to casinos elsewhere in the state.

A feasibility study released in August by the Illinois Gaming Board concluded the total package of taxes and fees would be too "onerous" for any casino operator to accept, and it recommended the General Assembly revisit the legislation during the veto session.

The bill that Cullerton introduced Wednesday would eliminate the 33-percent privilege fee, but it would also increase the other fees and taxes the casino would pay on revenues from slot machines and other table games. Fifty-four percent of the revenue generated would go to the state and the remaining 46 percent would go to the city of Chicago and be earmarked for its pension funds.

Republicans on the panel, though, argued the proposed bill gives the state a smaller share of the revenue than it receives from other casinos while the city of Chicago would get more, resulting in a $140 million annual reduction in revenue for the state compared to the original bill.

"I'm confused," Sen. Dave Syverson, R-Rockford, said during the meeting. "The capital plan was based on projected revenue based on the same tax rate for all casinos to pay. If this is a much lower tax rate, that's going to, one, give an advantage to the Chicago casino because it's a lower tax rate, but second, that's $140 million a year that's not going into the capital plan."

But Patrick Schweska, a lobbyist for the city of Chicago, said the overall tax rates the casino would pay would be higher than those other casino operators pay. He also argued that without a change, neither the state nor the city would see any revenue from a Chicago casino.

"Right now, under the current bill, they would get nothing," he said. "So this proposal would actually make the casino feasible."

The delay in considering the casino bill happened despite direct, personal lobbying earlier in the week by Chicago Mayor Lori Lightfoot. As of late Wednesday night, a Democratic Senate staff member said the city was still "actively negotiating" the bill and it was unclear whether the Senate would act on it Thursday.

Meanwhile, lawmakers were also still negotiating a marijuana bill Wednesday that would address some unresolved issues left behind by the massive legalization bill that passed through the General Assembly in the spring.

Most notably, it would clarify that public consumption would not be legal in bars and restaurants, which are still covered by a statewide ban on smoking of tobacco products. It would be allowed in only licensed marijuana retailers that are granted exemptions from local governments.

It also clarifies a "revolving door" provision of the law by saying members of the General Assembly and their families would be prohibited from having a direct financial interest in a cannabis business until two years after that lawmaker leaves public office.

It also provides that marijuana-related paraphernalia would no longer be illegal in Illinois. But it would remain illegal to operate a snowmobile or any kind of watercraft while under the influence of marijuana.

The bill, Senate Bill 1667, passed out of a House committee on Wednesday and awaits action by the full House. Because a previous version of the bill was previously approved by the Senate, that chamber could still approve the measure Thursday and send it to the governor.