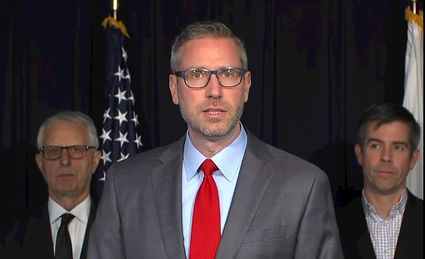 Illinois Treasurer Michael Frerichs on Monday continued to promote a new state program which he says is a first step to alleviating a nationwide "retirement crisis."

At a Chicago news conference, Frerichs said more than 32,000 Illinoisans have saved more than $8.5 million for their retirement as part of Illinois Secure Choice, a program which has been implemented in the past year after it was created by state law in 2015.

That number marks an increase of more than 8,000 people enrolled in the savings plan since Capitol News Illinois covered the program in September, with a $3.5 million increase in savings occurring over that span as well.

"The program makes it easy to save by offering a default investment option that can move with the worker from job to job," Frerichs said.

He said the program reduces barriers to savings accounts for those whose employers would otherwise not offer such a plan and keeps employees in control of their money. It does so by requiring businesses that have been in operation for more than 2 years and have more than 25 employees to either offer an independent retirement plan or enroll in Secure Choice.

Companies participating in the program must automatically enroll their employees in the program unless they opt out. This helps increase enrollment, Frerichs, a Democrat, said.

"Currently, people know they need to be saving for their retirement. But, because it takes some act of finding a financial adviser, deciding on what sort of products you want to use, writing a check, too many people put it off and put it off," he said.

For those who don't opt out, 5 percent of their paychecks will go into a personal Roth IRA savings plan which can be managed like any other private retirement account. That number can be increased or decreased at the employee's discretion.

Joining the treasurer at the news conference was Bob Gallo, Illinois state director of AARP, a senior advocacy group which backed the legislation implementing the program in 2015.

"Nearly half of all households headed by someone 55 and older have no retirement savings whatsoever," Gallo said. "And at this rate, one out of every two retirees will be unable to afford their basic needs – and we're not talking about vacations and greens fees here. We're talking about medicine, utilities, food and rent."

Frerichs and Gallo said a lack of private retirement accounts would be a burden on government safety net programs.

While the treasurer's office and an appointed, unpaid board of advisors oversee the program, the money invested by Illinois workers goes straight to an account managed by Ascensus, an independent Pennsylvania-based financial services company that won the bid to administer the program.

That means employees opening the retirement accounts remain in complete control of their money and the state cannot use the funds for any other purpose. Enrollees in the program pay an annual fee of 0.75 percent of their invested money - a rate capped at that amount by state law.

Frerichs said more than 4,600 businesses that did not offer a retirement plan prior to joining Secure Choice registered for the program during its first year of implementation. He said letters have been sent to 29,000 businesses, and 10,000 of them have replied by either joining the program or informing the state they already offer a qualified plan.

"We will continue to work with the 19,000 non-responsive employers, helping them to become compliant so that they can also provide their workers with a retirement option," he said. "We want people to know Secure Choice makes it easy for employees to save their own money, and it's simple for employers to implement."

There are no fees for employers to become part of the plan, and statue prohibits employer contributions. Employers are required only to register on ilsecurechoice.com, enter employee information, and deduct and remit to the state the employee contributions from payroll.

While state law does provide for fines of $250 per employee for businesses that fail to comply with the law, the treasurer's office said in September the goal is voluntary compliance and no fines have yet been levied.

Leonor Borja, representing Urban Alternatives property management company, said at the news conference she was initially skeptical of the program. She said those concerns were waylaid when an employee from Ascencus explained the program to her and her staff.

"So far, about a third of our employees are currently enrolled for it, which is more than what I would have imagined by now," she said. "And some of them it was almost the first time they're even thinking about saving."

Businesses with fewer than 25 employees are prohibited from taking part in the plan due to federal law, Frerichs said, although he said options for smaller businesses "may be" revisited in the future.