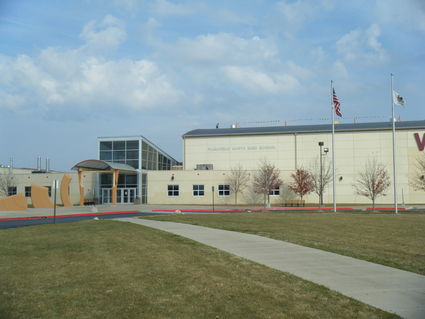 Jake Farley, a native of Plainfield, IL, and graduate of Plainfield North High School, is one of 10 members of the University of Wisconsin-Whitewater men's soccer team who were selected All-American Collegiate Athletic Conference for their performances during the 2019 season.

In addition, head coach Tony Guinn was named ACAA Coach of the Year, his second conference coach of the year award during his UW-Whitewater career.

The Warhawks claimed their first-ever ACAA championship and fourth conference title in program history by defeating California-Santa Cruz on penalty kicks last Sunday in the league tournament championship match in Hudson, N.H. UW-Whitewater (15-4-2) will find out its NCAA Tournament fate during Monday's Selection Show at 12:30 p.m. Central Time on NCAA.com.

Ceballos, the tournament's Most Valuable Player, is tied for first in the ACAA in both points (27) and goals (11). He recorded five game-winning goals during the season, including key wins over Wartburg (Iowa) and Loras (Iowa) in October. Ceballos was named ACAA Offensive Player of the Week for Sept. 9-15.

Morgando started 18 matches and tallied two goals, including one at nationally-ranked Luther (Iowa) on Sept. 25 and the game-winner at UW-Platteville on Sept. 28. He helped the team allow only 0.86 goals per match and was a two-time ACAA Defensive Player of the Week during the regular season.

King, a two-time ACAA Defensive Player of the Week, posted a 14-4-2 record in 20 matches played, including 19 as a starter. He led the conference in goals against (13) and goals against average (0.78) while totaling 82 saves and compiled seven shutouts.

Farley appeared in 19 matches, including 16 as a starter, and was a key component of the defensive midfield. Wright collected nine points on three goals and three assists in 20 contests, and Carini appeared in all 21 matches with 20 starts and totaled five points (two goals, one assist).

Johnson played the most minutes of anyone other than King on the team, racking up 1,626 minutes and totaling three goals in 20 matches, including 19 as a starter.

Ludwig ranked second on the team and among ACAA leaders with 18 points on seven goals and four assists in 21 matches, including 12 starts. Pumo finished with eight points (three goals, two assists), and Donini played 1,497 minutes in 19 matches (18 starts) and added one assist.