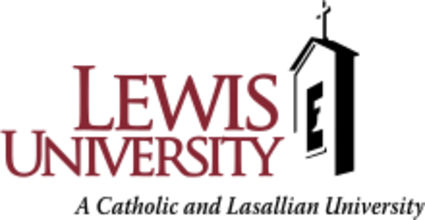 Lewis fell behind 3-0 to begin the match before coming back to even things at 10 on a kill by Juliana Van Loo (Burbank, Calif./John Burroughs).

The Flyers took the lead for a good with a 6-3 run. McKendree cut the lead to 16-15 on a service ace by Macy Tongate but that was the closest they got as Lewis closed the set on a 9-2 run to win the opener 25-17. The middle stanza was tight with the Flyers leading 12-10 before pulling away thanks to a 12-3 run to win the set 25-14 to take the commanding 2-0 lead. Lewis hit a whopping .593 in the frame recording 18 kills against two errors in 27 chances.

The Flyer defense held the Bearcats to a .143 hitting percentage in the frame. Lewis led by as many as five points in the final frame but McKendree refused to go quietly as they cut the deficit to three but were unable to get any closer as the Flyers held on for a 25-21 victory to complete the sweep.

The Lewis University women's bowling team qualified first at the Crusader Classic over the weekend at Lynwood Bowl and finished in fourth place overall, ending the weekend with a 9-3 record.

Lewis' women's soccer team secured a spot in the GLVC Tournament with a 1-0 victory over Southwest Baptist on Sunday afternoon. The Flyers got some help as Drury rallied to defeat Illinois Springfield 3-2 in OT and Truman State defeated Lindenwood 2-1.

Lewis did its job and then had to wait to see what happened in the other game. Things weren't looking good for the Flyers as Illinois Springfield held a 2-0 lead at halftime over the Panthers. Drury scored twice in the second half on goals from Kennedy Thompson (59th minute) and Christine Harp (81st minute) to tie the game and force overtime. The Panthers scored the game-winner with 3:28 left in the first overtime on Natalie Beck's first goal of the season.

Lewis dominated the stat sheet in the first 45 minutes holding 61 percent of the position and outshot the Bearcats (3-13-1, 2-13 GLVC) 8-2. Lewis scored the game-winner 2:34 into the second half as Cali Havelka-Vanderplow (Hinsdale, Ill./Hinsdale South) ripped a shot from the center