Despite first round playoff loss, Plainfield North has successful run under Imbordino 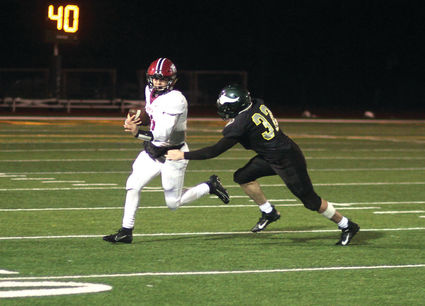 The Tigers season came to a close last Friday night when they took on the Fremd Vikings with a 19-0 defeat.

"We just had a lot of missed opportunities, they're a really good football team and their record shows that," Imbordino said. "We had a great senior group who set the standard for the juniors and sophomores, but our defense will be returning nine starters and our sophomores went 9-0 so we're really excited about the future here at Plainfield North."

Although the Tigers held the Vikings scoreless in the first quarter, a couple of touchdown runs by Vikings junior quarterback Ryan Saxe put the Tigers in a 13-0 deficit going into halftime, and the Vikings never looked back.

On a season that had promising hopes from the start with a 4-0 record outscoring their opponents 168-20, the Tigers went just 2-4 in the final six games to close out the season. 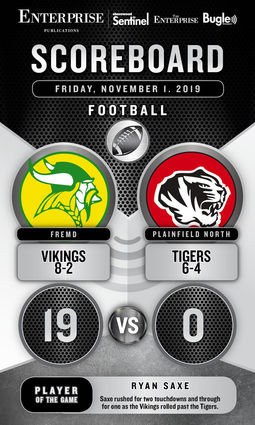 Vikings shut out the Tigers Friday night in Palatine.

"It means the world to me to be a Tiger," Moore said. "I have so much pride in my school and my community so it's been awesome to be a part of this."

With the departure of Moore and Tillman, the Tigers will lean heavily on quarterback Adam Smith (11-for-17, 103 yards) who will be a senior in the 2020 season.

"We have a lot of talent here and the future is really bright for Plainfield North," Moore said. "Now that Adam has some confidence behind him and some experience he will be awesome for the Tigers next year."