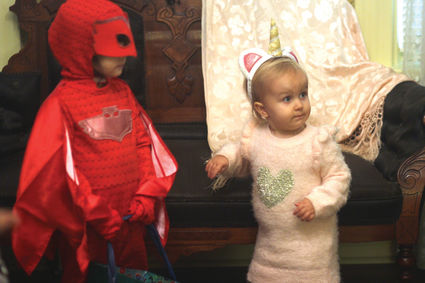 Children dress up for annual "Boo Fest" on Halloween.

It would be hard to believe anyone predicted the amount of snowfall on Halloween.

For the Victorian Blodgett House "Boo Fest" in Downers Grove, it was just what the doctor ordered.

"It certainly helps that this event is indoor for the kids to trick-or-treat," said Rec Supervisor Felicia Camacho. "We're definitely glad that the kids didn't have to be out in this weather."

In what was a Halloween themed scavenger hunt for a treat at the decorated Victorian Blodgett House, trick-or-treaters had the chance to experience history, while obtaining candy.

Pass the pumpkin, minute to win it, candy corn games, crafts, coloring pumpkins, coloring pages, trick-or-treating and a house scavenger hunt took over the house that's been open for more than 125 years.

"Well I'm really happy with the turnout even though we would have more if the weather wasn't so bad," Camacho said.

This event that has happened on Halloween on normal Downers Grove trick-or-treating hours is something that has been a popular event for the last three years.

Part of the reason Camacho said she thinks it's so successful is because of the location of the Downers Grove Museum.

The museum is located at 831 Maple Ave. in a neighborhood in between houses, which is where the popularity from the event is attributed. 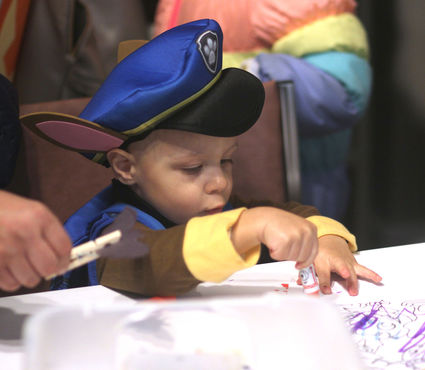 Crafts were apart of the Halloween activity in Downers Grove on snowy Halloween day.

"It's already on the trick-or-treating route which is kind off the point where the people who will already be walking by to just stop on by for a little longer and enjoy some fun activities," Camacho said. "I think that's really helped our location on where we are for the families that live in the area."

A few of the costumes that were displayed Thursday evening were a witch, a couple superheroes, Disney characters and a unicorn.

Although it was Halloween, Camacho and the staff at the Museum wanted those in attendance to be able to get their treats, but also grab something a little healthier.

"We have some healthier food options here because we know that the kids will all want the candy provided from the scavenger hunt and the bowl of candy," Camacho said jokingly. "So besides the candy we have some string cheese, oranges and some apple cider to warm people up."