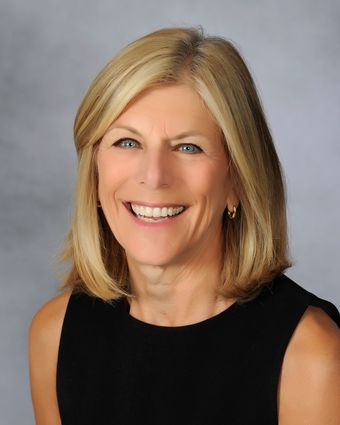 Silver Cross Hospital President and Chief Executive Officer Ruth Colby has been named to Crain's Chicago Business' Notable Women in Healthcare for leading the New Lenox-based hospital to unprecedented growth since taking over the reins as hospital president in October 2017.

Under Colby's leadership, Silver Cross launched an open heart surgery program in May of this year that's already exceeding volume projections. The hospital also joined forces with US HealthVest to open the 100-bed Silver Oaks Behavioral Hospital on its campus in early 2019; partnered with USPI on the 14,000-square-foot Silver Cross Surgery Center in late 2017; and an outpatient endoscopy center on its campus in the summer of 2018.

What's more, Colby led the hospital to 10 Straight A's for patient safety from the Leapfrog Group, top quartile patient satisfaction scores, and $400+ million in net revenue. Colby is also a founding member of the Silver Cross Healthy Community Commission, which since 2008 has given over $2 million in grants to community-based organizations and scholarships for community residents.

Prior to assuming the role of president two years ago, Colby served as Silver Cross Senior Vice President and Chief Strategy Officer for 12 years. In that role, Colby's efforts led Silver Cross to successfully obtain a certificate of need to build a state-of-the-art replacement hospital in New Lenox, which opened in February 2012.

She also architected partnerships with leading Chicago medical centers, bringing what Colby calls "the best of the best" to New Lenox, including the Shirley Ryan AbilityLab for rehabilitation, UChicago Medicine for cancer care, Loyola Medicine for neurosciences and Lurie Children's Hospital for pediatrics.

In addition, Silver Cross has also become a pioneer in value-based care and population health initiatives under her leadership. In fact, Silver Cross was one of the first hospitals to voluntarily join the CMS Bundled Payments pilot program in 2013 and now participates in the advanced program, consistently lowering the cost of health care. In addition, the hospital's work to reduce patient readmissions has virtually eliminated any readmission penalty.

"As hospitals across the nation begin to embrace value-based care as their future, Ruth made it a priority for Silver Cross years earlier," Paddock added.

She serves on numerous community boards, including the Will County Center for Economic Development Executive Committee, Will County Children's Advocacy Center, and the University of Chicago Medicine Cancer Research Foundation Women's Board. In addition, Colby is a member of the United Way of Will County Pillars Society, Joliet Rotary Club and Economic Club of Chicago.