Marine gifted home in Joliet from 'Building Homes for Heroes' 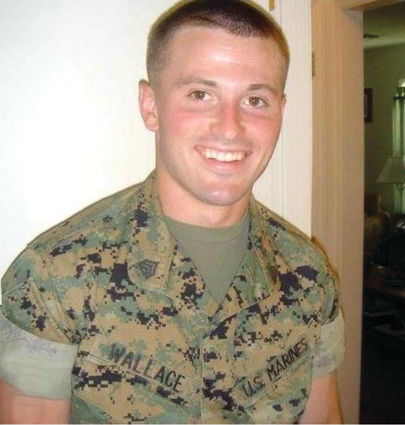 Within five years, Marine Corps Sergeant Nick Wallace went from living in a homeless shelter on Chicago's west side to living in his own home in Joliet – one gifted to him by 'Building Homes for Heroes.'

"In 2014 or 15, I was living in the city and I became homeless. I was living in a homeless shelter on the west side of Chicago and it was during that time that I got hired at Verizon, so I was driving from the homeless shelter to Schaumburg every day until I had enough money," Wallace said. "The VOA helped me with the first couple month's rent – it wasn't in the nicest of areas, but it was better than the shelter," Wallace said. "It happens to some vets. In my case, it was a freak thing. I paid my rent in advance and they guy I was renting from screwed everyone and I didn't have any extra money."

Wallace rebounded and ended up working for the city of Macomb, where one day he saw a television commercial that changed his life.

"I was watching FOX News and I saw a commercial for 'Building Homes for Heroes' and I applied," Wallace said. "I really didn't hear anything back for four or five months, then they contacted me in the beginning of September and asked me a few questions and called back a week later and asked me some more personal questions and at the end of the conversation, she told me I would be receiving a home."

On Sept. 19, Wallace received the keys to his home, he had another organization step up and assist even more.

"After I got the home and it was two blessings in a row. I was grateful when I thought they were going to give me furniture for one room, but they bought furniture for every single room and let me pick it out," Wallace said.

Wallace served in the Marines from 2003-07, spending time in Fallujah, Iraq. While in Iraq, Wallace was injured when indirect mortar and rocket fire hit his landing zone. He sustained injuries to his back and a traumatic brain injury. He also suffers from PTSD, tinnitus and chronic headaches.

"I had several issues and I am still working through a lot of them," Wallace said. "In 2010, I hit a real low point when I was in school and I was having PTSD and I have a traumatic brain injury and I had nightmares to insomnia – a lot of the mental stuff. You come back and you have to refind yourself because you are not the same person as when you left. I have had a couple guys that I knew commit suicide a couple years ago because they were having such a hard time and didn't want to deal with it.

"I have been there. I have been in that headspace several times and I have wanted to give up. I think a lot of people forget about the vets and what they sacrificed. For years, I had a lot of anger outbursts – no one in my family understood it, it cost me two marriages and I got help and did a lot of self-help to see what I can do, because at first, I didn't understand it." 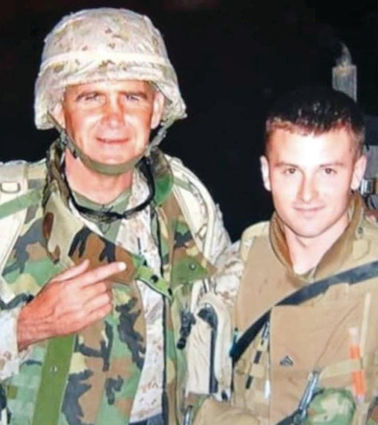 After receiving his new home and furniture, Wallace wants to help other vets the way he was.

"I am still kind of blown away by it. I will still be sitting in the house just thinking about how awesome it is that these organizations do stuff for veterans. There are a lot of vets out there that need help – a lot of the young guys come back and they have issues," Wallace said. "I want to help to do something for other veterans. A lot of them go through being ashamed and that goes along with that military mindset and there are a lot of vets out there that are struggling. I joined the Plainfield American Legion and I am hoping I can work them and help. I received a blessing and I just want to pass that on, that is what they teach you in the Marines."