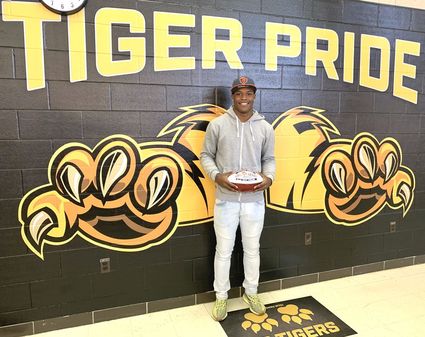 Howland will be invited to the Bears vs. Kansas City game on Sunday, Dec. 22, and will join his fellow "High School All-Star" honorees, respectively, for a pregame photo on the field. They will each also receive a framed certificate signed by Bears general manager Ryan Pace, head coach Matt Nagy and NFL Commissioner Roger Goodell. The "High School All-Stars" program is sponsored by Athletico Physical Therapy.

Each week for nine weeks, an outstanding high school football player was selected through the Bears "High School All-Star" program. Each of the nine players have the opportunity to direct a $500 monetary donation to the youth football program of his choice. The nomination criteria for the program includes on-field performance, community involvement and good sportsmanship. Deserving high school players are nominated by a panel of local prep authorities and the winning player is selected each week.