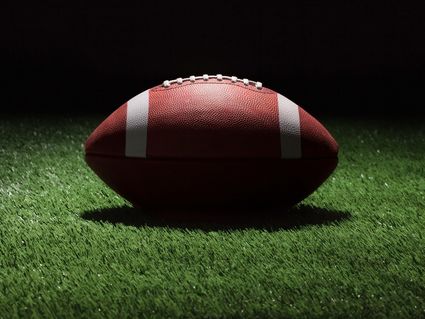 The Indians were coming off a monumental SPC West championship game victory at Oswego (9-1) and were facing a Joliet West team it defeated 49-7 in the opening week of the season.

The Tigers took the opening kickoff and drove 83 yards, took seven minutes off the clock and scored on a one-yard Trenton Terry touchdown.

With nine minutes in the half, a Tiger special teams mistake gave the Indians the ball at the Tiger 15-yard line.

The hero of the Minooka's win over Oswego, junior fullback Zach Wingerter, duplicated his six-yard touchdown rumble to tie the game at 7-7.

With less than one minute remaining in the half, Minooka senior quarterback Seth Lehr hit senior running back Noah Ellens on a 16-yard scoring strike to give the Indians a 14-7 lead at the break.

The Indians made it 20-7 on a 23-yard scoring strike from Lehr to senior wide receiver Steven Gonzales in the first minute of the second half.

"We were up 20-7 in the first minute of the second half and continued to shoot ourselves in the foot on several offensive second-half drives," Minooka Hall of Fame coach John Belskis said. "We were not sharp on offense and bent but did not break on defense."

Last Friday, Downers Grove North (6-4) went on the road and defeated rival Downers Grove South 14-7 to win the District #99 crosstown classic and wrap up an IHSA Class 7A playoff game.

Again on the road, the Trojans traveled to Des Plaines in an IHSA Class 7A game and after falling behind 7-0 in the second quarter, routed the Central Suburban League North champion hosts from Maine West 35-14.0

With nine minutes remaining in the half, Maine West (8-2) scored to take their only lead of the night 7-0.

Josh Lumpkin raced 41-yards for six and give DGN a 14-7 lead at halftime.

Trojan quarterback Drew Cassens scored a one-yard TD and connected with senior Ryan Schindler from 12-yards out and extend the Trojan lead to 28-7 with 10 minutes remaining.

With three minutes to go, Werthman closed out the scoring with a 20-yard touchdown run.