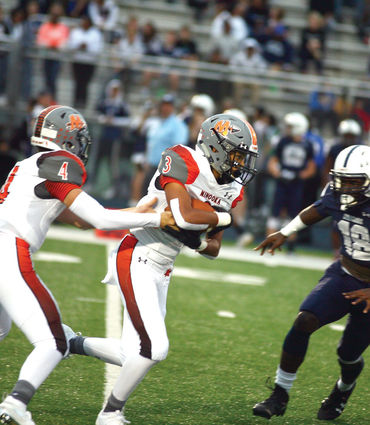 The IHSA playoffs open this weekend and 13 Enterprise Newspapers teams advanced to the second season, including Class 8A No. 1 seed Minooka.

In Class 8A, the No. 32 seed Tigers are the lone 4-5 team in the field, getting in the postseason because of winning the Southwest Prairie Conference East Division. West, Plainfield East and Plainfield South all had 4-1 league records and the Tigers held the tiebreaker of fewest points allowed in the head-to-head games.

The conference title is the first for the Tigers in 50 years and they become first 4-5 8A conference champion in the two decades of the eight-class system.

Minooka, on the other hand, ran the table, posting a perfect 9-0 record on the season and winning the SPC West. Of Minooka's nine opponents this season, seven are headed to the playoffs. The Indians scored an average of 34.3 points per game this year and have allowed 9.3 – the fifth best defensive output in Class 8A.

West had six of its opponents make the playoffs this season. The Tigers have scored 19.2 points per game on the season, the fewest in 8A and have allowed 17.6 points per contest.

As a program, Joliet West has never won a playoff game, posting an 0-3 record in three appearances. The last time the Tigers were in the postseason was 2017.

For Minooka, it is the 18th playoff appearance in school history and third straight. In the school lore, Minooka is 14-17 overall in postseason.

The Dons were on a roll to open the season, winning their first seven games. Over the last two weeks without the services of senior running back Julian Schurr, Notre Dame fell in the final two weeks and finished the season 7-2, but still earned home game in the playoffs.

It is the Dons' fifth consecutive trip to the postseason and 20th overall, posting a record of 15-19 over the years.

Even without Schurr the past two games, junior quarterback and ND have averaged 22.3 points per game. Five of the Notre Dame opponents are in the playoffs this year.

The defense has been a key for the Dons this season, as ND has allowed only 9.4 points per game on average this season.

Barrington comes into the playoffs with a 6-3 record and only three of its opponents advanced to the playoffs this year. The Broncos have scored on average of 26.7 points per game this season and allowed 9.8 this season.

They have advanced to the playoffs a total of 25 times, this year being the seventh-straight season. In their history, Barrington has an overall postseason record of 26-24.

As it has several times in its history, Maine South is in the playoffs after dropping its first two games of the season. This year, those losses came to Mt. Carmel and Glenbard West, a pair of teams that ended the season undefeated.

Glenbard West is the No. 2 overall seed in Class 8A, while Mt. Carmel is No. 1 in Class 7A, so while only three opponents have made the playoffs, to say the Hawks are battle tested is an understatement.

Despite battling injuries this season, Maine South has scored an average of 31.8 points per game, the 10th most in Class 8A.

The Hawk defense has allowed only 16.0 points per contest.

The playoff appearance is the 28th consecutive trip for Maine South, the most of any team in the state of Illinois. Maine South has been to the postseason a total of 35 times in school history. South has six state championships three runner-up showings in school lore.

Loyola, who was upset by Marist in week 7, finished the year 7-2.

The Ramblers are in the postseason for the 30th time in school history and 17th consecutive and have made the state finals eight times, winning three times.

Six of Loyola's opponents this season are in the IHSA playoffs. The Ramblers have scored an average of 31.0 points per game and allowed 11.3.

After winning their first four games, the Tigers dropped four of the last six, including a 31-7 loss to Yorkville in week 9.

It is the eighth time Plainfield North is in the playoffs and first time in two years. The Tigers have an overall 5-7 postseason record. Five of the North opponents qualified for the playoffs.

Under first-year coach Anthony Imbordino, the Tigers averaged 25.8 points per game and held their opponents to 13.6.

Fremd comes in 7-2 on the season and averaged 21.8 points for and 12.6 points against this season.

It is Fremd's 28th consecutive time in the playoffs, but only its second-straight appearance.

"We are excited to return to the playoffs," Imbordino said. "Fremd is a great opponent, well coached, stout defense, weapons on offense

An upset loss to Andrew in week 9 saw Bolingbrook finish the season with a 6-2 record, only losing to Homewood-Flossmoor and state power Lincoln-Way East the first eight weeks.

This is the 31st overall trip to the postseaosn for the Raiders, tied for secondwith Oswego and behind only Maine South's 35 in 8A.

It is the third-straight trip for Bolingbrook.

It is the ninth year in a row the Red Devils are in the postseason, and 24th in school history.

The Bengals got in the playoffs with a 5-4 record and travel to Gurnee to take on 9-0 Warren – the team on paper with the best defense in Class 8A, allowing on average of only 2.3 points per game.

The Blue Devils also score an average of 36.4 points per contest.

It is Warren's third consecutive trip the playoffs and 28th overall appearance.

The Bengals are 5-4 and are in the postseason for the third time overall and the first time since 2014.

Five of East's opponents are in the playoffs. On the season, the Bengals have averaged 25.9 points per game and have allowed 23.4 points per contest. The 2.4 point per game differential is the third lowest in Class 8A.

A week 8 loss to Joliet West allowed the Tigers to get in the playoffs and robbed South of the conference championship.

It also bought the Cougars a date with Lincoln-Way East, one of the top programs in the state.

South advanced to the playoffs for the second-straight season and seventh time in school history. The Griffins have never missed the postseason in their 19 years in existence.

This season, Lincoln-Way East has a 9-0 record and has averaged 34.3 points per game and has allowed only 6.7 points per contest.

The Cougars have averaged 26.3 points per game this season and have allowed 22.1.

A loss to cross-town rival Downers Grove North put the Mustangs at 5-4 and the No. 31 seed and a date with, on paper, the second most prolific offense, averaging 46.0 points per game. Warren's defense allows only 7.4 points per contest.

Only two of the Mustang opponents are in the playoffs this season, compared to only three for the Hilltoppers.

Downers Grove South is in the postseason for the first time since 2014 and the 30th time in school history.

The Mustangs averaged 24.7 points per game this season and have allowed 15.2 points.

"Glenbard West is a whole different level, but I feel great about our defense, we just need to do some things on offense. We are young and we are figuring things out. I think we have a chance to be really, really good next year, but we will get everything we can out of this," said South coach Mark Molinari.

A win over District 99 rival Downers Grove South in the final game of the regular season earned the Trojans their fifth win and advance into the playoffs with a 5-4 record.

Up first for the Trojans is a trip to Des Plaines and a meeting with 8-1 Maine West.

Of Maine West's opponents, their combined record was 29-52 and only 7-2 Deerfield made the playoffs. The Warriors averaged 40.3 points per game scored on the season and allowed 17.6.

It is Maine West's third consecutive trip to the playoffs and seventh in the school history.

The Trojans are in the playoffs for the 20th time and the first since 2017, while three of the Trojan's opponents join them in the postseason.

During the regular season, North tallied an average of 25.3 points per game, while allowing 19.7.

On paper, there is not team in Class 7A that has played a tougher schedule than Benet Academy.

Seven of the Redwings' nine opponents this season advanced to the playoffs, the most in the class.

Five of Glenbard North's opponents advanced to the postseason.

Benet Academy is in the playoffs for the eighth consecutive season and the 23rd time in the history of the school, while North is in for the 22nd time, but forst since 2017.

The Panthers scored 25.7 points per game on offense, but only allowed 14.0.

The defending state champion Hilltoppers enter the playoffs with a 6-3 mark on the season and will make the drive near Peoria to face 7-2 Morton.

In 5A, teams are split into two, 16-team brackets based on geography as well as record and playoff points.

A year ago, JCA needed to win its final game of the season just to make the playoffs, was the No. 14 seed in its 16-team bracket and defeated two undefeated and two one-loss teams en route to the state title.

Seven of JCA's nine opponents from this season are in the postseaosn, while only four of Morton's advanced.

The Hilltoppers are in the playoffs for a state-best 41st time and are looking to add to an Illinois record 14 titles.

Morton has been in the playoffs 20 times as a school and three-straight. 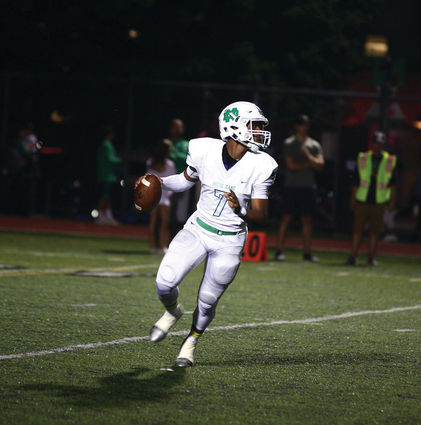 Like 5A, Class 3A is also split into two, 16-team brackets based on geography as well as record and playoff points.

Lisle travels to one of the more intimidating places to play in the Chicagoland area in Wilmington.

The Wildcats are a perennial small school power and enter the game 8-1 on the season.

Wilmington has made the playoffs a 3A-best 24 times in a row and 27 in school history. Lisle is in for the 24th time overall and second consecutive.

On the season, Lisle has scored on average 27.0 points per game and allowed 18.4.

Wilmington averages 38.1 points per game scored and allows only 13.2.