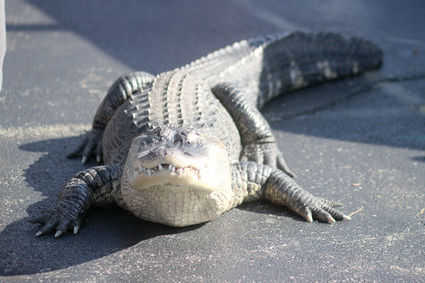 For the eighth consecutive year, the annual Westmont Pet Parade was held at Ty Warner Park.

This popular event that usually hosts more than a thousand spectators didn't see as many Sunday morning, but Executive Director Larry Forssberg said that doesn't mean it wasn't a success. "We usually hold this event in May," Forssberg said. "It's a very family focused event that helps families get educated about pet care, and even though it was rescheduled a couple times people seem to really still enjoy it."

The three-hour event that had a giveaway of free pumpkins to the first 50 attendees, had raffle prizes and pet prizes, also gained interest from those that didn't bring pets.

Events such as touch a truck, tractors, dump trucks, police cars, fire engines and tow trucks were all accessible for kids to experience.

"It's really a good chance to promote pets and their well-being," Forssberg said.

"We have educational events like this because the world isn't just cats and dogs anymore, families have so many unique pets in their families so the more knowledge out there the better."

Not only was the event to promote pet education and get in the Halloween season with costumes, but it was also for those pets that don't have a home.

At the event, there were rescue groups and organizations present to bring more awareness to those in attendance. 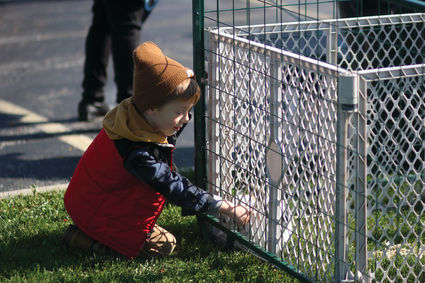 Kids had the opportunity to feed pets at Westmont event.

"Shelters and pet related vendors are here which is a huge plus for this event," Forssberg said. "For all of these vendors and different pet rescue groups to come and really put the pet first trying to find homes and different ways to make the animals safe is very important."

The event concluded with the pet contest, different categories such as the best show, best costume in the show, largest pet, smallest pet, most unusual pet and best pet truck were all divisions so many of the pets in attendance could take home a prize.

"The people were really enjoying themselves," Forssberg said. "In the past there has been lines, but since we had to reschedule a few times, everybody is getting a really good first hand experience to all the pets that are here today."