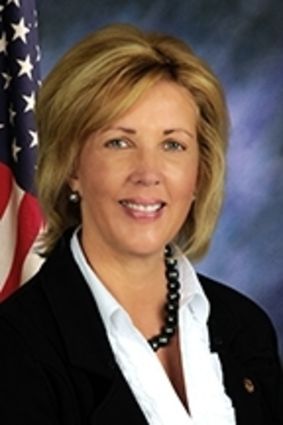 Legislation providing heightened protections for those with pre-existing conditions has failed to garner the 3/5 majority needed to override the Governor's veto. State Senator Sue Rezin (R-Morris) called for the motion Wednesday, Oct. 30, during the fall Veto Session.

Senate Bill 2026 would require the State of Illinois to receive approval from the General Assembly prior to applying for any federal waivers that would reduce or eliminate any protections under the Affordable Care Act that took effect in January 2017.

"To say I am disappointed in the outcome of today's vote would be an understatement," said Sen. Rezin. "For far too long, those with pre-existing conditions have been on defense in a healthcare battle that has been playing out politically. Today, we had the chance to give those individuals the peace of mind they deserve, but instead, they will continue to worry about their healthcare coverage."

SB 2026 was the first piece of legislation vetoed by Gov. J.B. Pritzker this summer, even though it passed the Senate unanimously during the spring legislative session. In the Governor's veto message, he indicated the need for him to have flexibility when it comes to applying for these federal waivers.

"Why would we leave this decision up to the Second Floor, when we have the ability, today, to ensure that those with pre-existing conditions get the coverage they deserve and desperately need," asked Sen. Rezin during her floor remarks. "Applying for these waivers could have a detrimental effect on people with pre-existing conditions, causing them to be denied coverage, be charged higher premiums, or worst-case scenario, lose access to health care services."