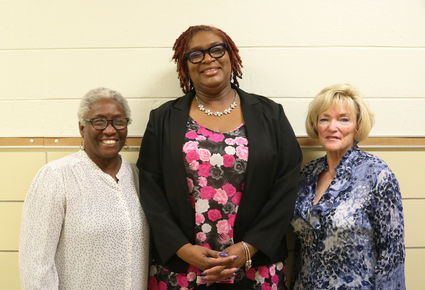 right) Gwendolyn Ulmer, Tonya Roberts, and Deborah Ziech who were recently recognized by

the Illinois Association of School Boards. The three school board members were honored at the

service to the public education community. Gwendolyn and Tonya received recognition for

leadership programs, as well as holding positions of leadership within the Illinois Association of

of School Inspectors in 2011. Tonya Roberts currently serves as president. Deborah Ziech has

served on the school board since 2003. All three board members also attended and graduated