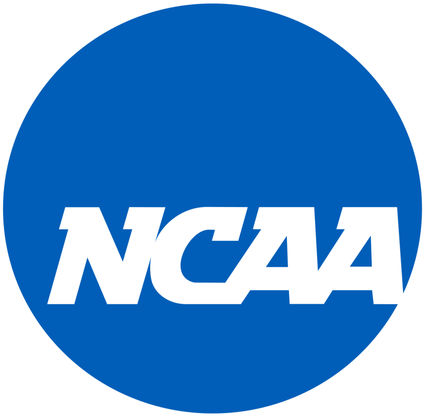 A bill allowing college athletes in Illinois to be paid for the use of their image, name and likeness passed the state House Wednesday with broad bipartisan support after lengthy debate.

Rep. Emanuel "Chris" Welch, D-Hillside, pushed ahead with House Bill 3904 despite a Tuesday announcement from the NCAA – the association which oversees most intercollegiate athletics – which said it would "start the process" of changing its rules to allow athletes to profit from their name and likeness.

"Our bill has substance. Theirs is just a recommendation," he said.

In its release, the NCAA said it directed each of its three athletic divisions to "immediately consider updates to relevant bylaws and policies for the 21st century."

The board asked each division to create any new rules no later than January 2021, but it is not yet clear how or when those changes will be implemented.

Welch's bill would allow collegiate athletes to be paid for the use of their name and likeness and would prohibit the NCAA from punishing students who take part in the payment or the universities they attend. It would not allow for payment of salaries by universities.

"This is the right thing to do today, because it's about equity and fairness," Welch said, also calling the bill an "economic tool" for Illinois universities.

During floor debate, Welch took more than an hour of questioning from supporters and opponents of the bill, with many calling for greater discussion of protections of athletes and added language prohibiting unseemly endorsements, such as those from gambling companies. Welch committed to discussing follow-up legislation before his bill's implementation in 2023.

Rep. Jeff Keicher, a Sycamore Republican who voted against the bill in committee, voted in favor of the measure on the floor. He questioned whether it would prioritize athletics over academics at the collegiate level.

Rep. Anthony DeLuca, a Chicago Heights Democrat, went a step further, calling the bill "a dagger in the heart of amateur athletics."

But Rep. Steve Reick, a Woodstock Republican, said the NCAA essentially serves as an "unpaid minor league system" for pro sports. He said prohibiting students from profiting from their likeness outside of the sports arena is "a little crazy," and he voted for the bill.

"If you get recruited to play quarterback at the University of Alabama, Clemson, University of Georgia, ... you're going there to further your education as a football player. Let's not pretend, let's not put some sort of a cover over this," he said.

Rep. Tom Demmer, a Dixon Republican, said he would like to see follow-up legislation protecting students from entering into predatory contracts which could force them to give up naming and likeness rights for years down the line.

Welch said the bill requires any endorsement contract to be disclosed to universities and requires agents to be licensed with the Illinois Department of Financial and Professional Regulations.

"I think we want to make sure that, as we continue to develop these rules, that we have some consumer protections in place, knowing that we're talking about people in many cases who will have just attained the age of being able to enter into contracts and this might be the first contract that they will ever have to evaluate in their lives," Demmer said.

Keicher questioned how the bill would impact smaller schools that can't compete with bigger media markets, such as Chicago, for endorsements.

Welch said "competition is good" in that regard, and local businesses are likely to support athletes in their communities, even at smaller schools. He said the Illinois bill will help recruiting in the state, as only California has passed similar legislation into law.

"Are these superstars ... required to share any of the profits with those members of their team that do not have these contracts," he asked, specifically referring to offensive linemen.

Welch said there's no mandate for profit-sharing in the bill, but "any good quarterback knows you take care of your line."

He added that, per conversations he has had with "the experts who do this," he believes many sponsorships will be of entire teams, "and they're going to share the wealth."

Rep. Grant Wehrli, a Naperville Republican, said he would like to see greater restrictions in the future to prevent any performance-based endorsements.

Welch said those matters would likely be covered by scholarship contracts signed between players and the academic institutions, but he would be open to "further conversation" on the matter.

The bill passed 86-25 with three present votes and will head to the Senate for further consideration when the General Assembly returns for the final three days of the veto session beginning Nov. 12.