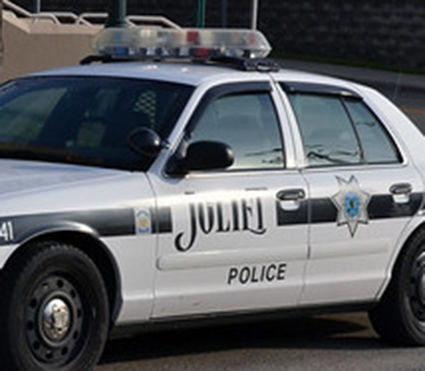 J J. Amador (27, Joliet) was arrested and transported to the Will County Jail for the offense of Armed Robbery.

On Oct. 24 at approximately 08:30am, Officers responded to the Steak and Shake located in the 2600 block of Plainfield Road reference to a robbery that just occurred. Officers were able to determine that suspect entered the restaurant and ordered food. While waiting for the food, the suspect asked to use the business's phone. Shortly after the suspect used the phone, he pulled out a handgun and demanded money. The staff was not able to get the money out of the register and the suspect then exited the restaurant and fled westbound. None of the staff were injured in the incident. A description of the suspect was quickly put out to Officers in the area. Officers located Amador who matched the description of the suspect in a parking lot in the 3000 block of Plainfield Rd.

Amador was positively identified as being the subject who robbed the restaurant and was subsequently placed into custody. A search of the area where Amador was taken into custody located a discarded firearm. Amador was transported to the Joliet Police Station for booking procedures without incident.