Historic home spared for time being

Home is one of 42 remaining built pre-Civil War 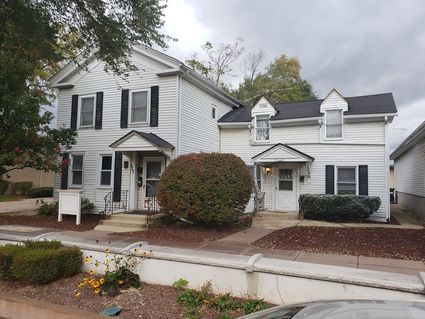 Plainfield trustees have decided a 170-year-old downtown building will be spared from the wrecking ball for at least three more months.

Trustees voted 5-1 at the Oct. 21 board meeting to delay a demolition permit for 24120 W. Lockport St. for 90 days while preservationists try and pursue alternatives with the property owner.

Proulx said the building has not been designated as a local landmark, but is within the village's Downtown Historic District, which is listed on the National Register of Historic Places. It is one of 42 remaining structures in Plainfield constructed before the Civil War. According to the Plainfield Historical Society, it was built as a residence, but also housed a dry goods and grocery store for much of the 19th century.

The only significant structural change to the exterior was the addition of dormer windows on the second floor that were added around 1950.

"According to the applicant, both the building's interior and exterior conditions have suffered over time," Associate Planner Jessica Gal wrote. "Previous ownership neglected the upkeep of the structure and its division into multiple units threatens its integrity."

"This is a pre-Civil War structure, but the surrounding buildings don't match the historic district either," Trustee Cally Larson said. "It's cheaper to get a bid for demolition. If (restoration cost) is astronomical, we have a problem."