Gary Bell returning to Will County 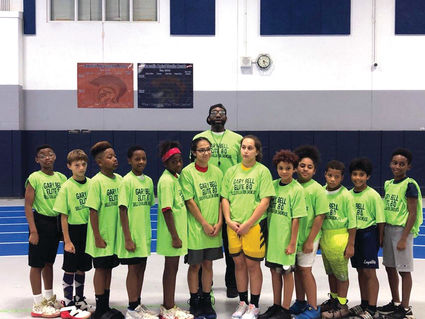 When January rolls around, Vince Carter will become the first player in National Basketball Association history to play in the league in four different decades.

In 1995, those two, along with Terrance Roberson, Ron Mercer and Stephon Marbury made up the Street & Smith's High School All-American First Team. The five of them went on to combine for more than 50 years in the NBA.

On that same list of the top 20 prep players in the nation was Joliet's Gary Bell.

The 6-foot, 4-inch high school standout was on the Street & Smith Third Team that season.

He finished behind Garnett as Illinois Mr. Basketball, and went on to play at the University of Notre Dame.

After a myriad of injuries and misinformed decisions, Bell retired from playing professionally in 2003 without ever reaching his goal of playing in the NBA.

Bell has spent time as a high school basketball and football coach, administrator and special education coordinator in North Carolina and Virginia.

Now, he is ready to devote his time back to his game and his community - his Joliet community.

The event includes players from the high school graduating classes of 2022-2028.

"From my vantage point, there were certain things I was and wasn't prepared for and it was where I was with my maturation," Bell said. "That sixth through 10th grade year when you are reliant on your parents, that is when you need the assistance from people that can get your name out there. It is all about the relationships and I am trying to develop relationships so they feel empowered, that they have someone in their corner that wants to see then win.

"I will be that beacon of light and that standard of excellence that student athletes, parents, coaches and administrators can come to and get honest, reliable feedback. I am looking to give unbiased assistance because too many look at what they can get out of it versus how they can help people. I have had opportunities, made mistakes and bounced back and I want to come back and share that with Will County so they don't make the same mistakes."

Understanding why Bell would choose to hold his event in the community he came from rather than the one he lives in, takes an understanding of what Joliet means to Bell.

"Moving to Joliet in 1988, I was not happy that we moved from North Carolina to Chicago and then we had just moved again from Chicago," Bell said. "But, Dirksen Junior High School gave me confidence in myself and gave me the belief that I could be more than I thought I could. They allowed me to be who I am today and for that reason, I will always be indebted to the Will County area. I made mistakes and the community always embraced me.

"Home is where your heart is and my heart will always be in Illinois, Will County, Joliet, IHSA – that is who I give kudos to building me. If I can give something to give and share to help somebody's life, I want to do that."

Other than an extraordinary talent, what Bell has to offer started with the Steelman.

Out of several offers, Bell chose the University of Notre Dame because coach John MacLeod had spent 18 years as an NBA head coach prior to returning to college with the Fighting Irish.

Bell never planned to be at Notre Dame past his sophomore season. The plan was to turn pro, but that plan began to unravel before he left Joliet.

Bell still had a fantastic senior season for the Steelmen and led them to a fourth-place finsh in Class AA.

"I graduated June 2, 1995 and I had a five-hour surgery June 3. I went to Notre Dame not even having rehabbed from the surgery and I was ready for practice on Oct. 1 and that is an unbelievable four-month turnaround on a herniated disk. That wasn't realistic and my back flared up again."

His back injury, combined with a muscle virus, cost him 14 games his freshman year, but he was where he wanted to be by the end of the campaign.

"It was one set back after another. I finally started the last six games of my freshman year, averaging 12 points and six rebounds per game in those last six," Bell said. "Everything was starting to go well. I was getting past the back and I was learning to play without a 40-inch vertical jump."

Then came his sophomore year.

"My sophomore year, I was starting, I was explosive and I got my mojo back. We had just dominated on our trip to Italy and I remember the day Ron Artest was visiting Notre Dame. I will never forget it," Bell said. "I put on a show that day and at the end of the scrimmage, I had the opportunity to take a three from the corner and I didn't. I drove in because I wanted to put the finishing touches on it and a walk-on ran in front of me and I dislocated my entire ankle."

He returned from the ankle injury to play in 11 games and average double-digit points, but on February 16, 1997, the injury bug hit Bell again – this time bigger than ever.

In a 75-70 Big East loss to Villanova, Bell tore the anterior cruciate ligament in his left knee.

"I had just checked back in the game, I was stepping over a Jason Lawson screen and I tore my ACL," Bell recalled. "That destroyed my world – it took me years to mentally bounce back from that. It was a difficult time. I went in there with the intention to play two years and go pro."

Instead of heading to the NBA after his sophomore season as he had envisioned, Bell and the Irish parted ways in an orchestrated scenario that saw him suspended and then released from his scholarship.

"I was damaged goods and it came down to business and Notre Dame didn't want to appear to be cutting ties – so they suspended me for violating team rules. That was an agreed upon thing that we had talked about and we said and they released me," Bell said. "I couldn't do what I was brought in to do and coach MacLeod's job was on the line. People never knew this truth because I was embarrassed. I felt like I let everyone down. I didn't realize until recently that I had no control over those injuries and that what happened doesn't make me less of a basketball player or a person.

"I had so much momentum going into college and I wanted to go up more and more, the only way to go was down. I pretty much reached my pinnacle in high school."

With his days in South Bend behind him, Bell entertained several top-tier programs, including returning to Illinois to play for Jimmy Collins at University of Illinois-Chicago.

Ultimately, he chose North Carolina State and enrolled. However, having to sit out a year because of transfer rules and turning heads in a summer Pro Am League, he ended up at Division-II North Carolina Central where he could play immediately.

Before he ever suited up for the Eagles, Bell played in Italy, which unknowingly violated NCAA eligibility rules.

So, while he did get his degree from NC Central, his college playing days ended at Notre Dame. 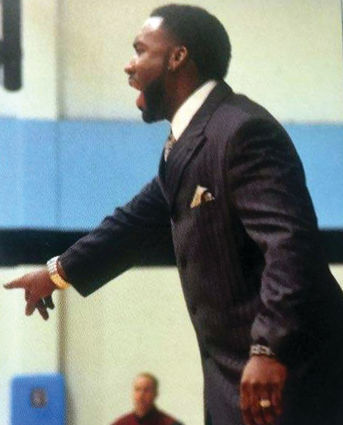 "I was forced to live a basketball hustler's life. Play a little bit in Holland, a little in Italy, in the ABA a little bit and in some Pro Am Leagues and it was a rat race," Bell said. "My daughter was born in 2003 and that year, I retired as a professional player."

His daughter, Alary, is now a 6-2 freshman already getting college looks and Bell feels the need to help her and other players like her to get the instruction, on and off the court, that is needed.

"To be the best dad for her, I need to immerse myself again in basketball," Bell said. "And for all these kids, when you have somebody that says, I made mistakes and that is what makes me who I am, they can see that."

To register for the Elite 80 Skill Evaluation Showcase, vist garybellbasketballacademy.com for details.