Village to add on to Edward Hospital Athletic and Event Center 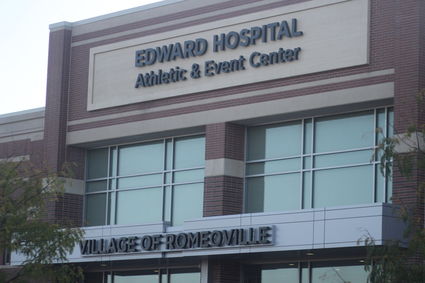 The village of Romeoville is currently in discussion to add on to the Edward Hospital Athletic and Event Center.

Village officials are currently weighing the feasibility of adding a 68,000-square-foot-building to the facility, which would nearly double the footprint of the current center.

"Staffing and consultants are looking at why configurations the expansion can take," said Mayor John Noak. "We're looking a certain budget to keep it as cost effective as possible, what utilities are needed and all of the reconfiguring and final evaluation of all that together."

Edward Hospital Athletic and Event Center has been open since 2014, with an average of more than 500,000 visitors per year.

The complex is climate controlled and offers Wi-Fi, concessions and ample space for spectators.

"The building has been very successful over the last few years in terms of demand of space," Noak said. "We're also looking at additional space for residents as well."

Some of the activities being discussed that want to be implemented are a pool, additional parking, additional multi use space, more room for basketball, volleyball, soccer and general events and an additional fitness center.

In the recent months in order to properly dissect the space needed for a new building, officials have hired inspectors to do site analysis of the project.

In August, the village board voted to allow upwards of $21 million in municipal bonds to pay for the event center expansion, among other projects down the line.

Last year, although they were small renovations, the village made some improvements on the Edward Hospital Athletic and Event Center which included 3,000-square-feet of new flooring and other add-ons. 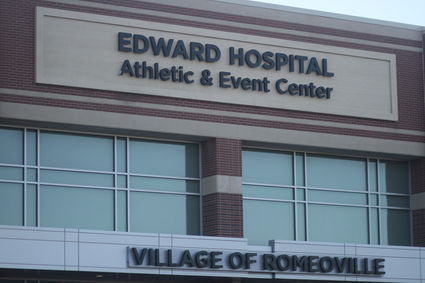 With the village still being in discussions to finalize the plan and other details of the project, the village hopes to have a design in front of the Village Board by the end of the year.

Noak said that this idea to expand the Edward Hospital Athletic and Event Center has been in the works for awhile with small refurbishing that has taken place over the past few years, but Noak said for economic reasons, it should be a success for the village of Romeoville.

"We've been talking about this and its been an ongoing process for a number of years now," Noak said. "It's always been an interest from the community to have a pool, a new fitness facility among other things and bringing people into this facility will enhance the city of Romeoville and its economic growth."