"We want our community to have a fun night out on Halloween, but to also stay safe and make responsible choices" 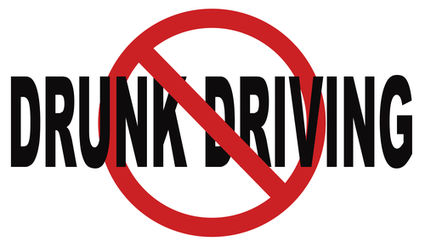 Each year, millions of children and adults alike celebrate Halloween, a holiday known for its sweet treats and spooky parties. Leave the dangerous driving for the witches on brooms, and commit to sober driving Halloween night, and every night. To help spread the message that Buzzed Driving Is Drunk Driving, the U.S. Department of Transportation's National Highway Traffic Safety Administration (NHTSA) is teaming up with the Joliet Police Department to remind everyone of the dangers of drunk driving. Halloween poses an especially dangerous threat to pedestrians, as more people are out at night on the hunt for candy. If your night involves alcohol, plan for a sober ride home. Remember: It's never safe to drink and drive.

"This year, Halloween falls on a Thursday, so we're certain to see extra parties throughout the weekend, and every single partygoer should plan their sober ride home in advance" said Chief Al Roechner. "Even one drink can impair judgement. You should never put yourself, or others, at risk because you made the selfish choice to drink and drive. For most, even one drink can be one too many. Remember: Buzzed Driving Is Drunk Driving." Between 2013 and 2017, there were 158 drunk-driving fatalities on Halloween night (6 p.m. October 31 – 5:59 a.m. November 1). According to NHTSA, 42% of all people killed in motor vehicle crashes on Halloween night from 2013 to 2017 were in crashes involving a drunk driver. Younger drivers are most at risk: Even though it is illegal to consume alcohol under age 21, those under the age of 21 had the highest percentage (45%) of fatalities in drunk-driving crashes on Halloween night in 2017.

"We want our community to have a fun night out on Halloween, but to also stay safe and make responsible choices," said Chief Al Roechner. "In today's world, there are many options available to drivers to help them get home safely if they have been drinking. We expect drivers to refrain from driving after drinking," he said.

It is illegal everywhere in America to drive with a blood alcohol concentration (BAC) of .08 or higher. Even still, thousands die each year in drunk-driving-related crashes. In 2017, there were 10,874 people killed in drunk-driving crashes. And the costs can be financial, too: If you're caught drinking and driving, you could face jail time, lose your driver's license and your vehicle, and pay up to $10,000 in attorney's fees, fines, car towing and repairs, higher insurance rates, and lost wages.

Drunk driving isn't the only risk on the road: Drug-impaired driving is also an increasing problem on our nation's roads, for men and for women. If drivers are impaired by any substance - alcohol or Drugs - they should not get behind the wheel of a vehicle. It is illegal in all states to drive impaired by alcohol or Drugs. Across the country, some states are starting to loosen restrictions on marijuana, specifically. Remember: Driving while impaired is illegal, period. The bottom line is this: If You Feel Different, You Drive Different. It's that siwmple.

Party with a Plan

If you plan to head out for a night of Halloween partying, follow these simple tips for a safe and happy evening:

Remember that it is never okay to drink and drive. Even if you've had only one alcoholic beverage, designate a sober driver or plan to use public transportation or a ride sharing service to get home safely.

If you see a drunk driver on the road; contact the Joliet Police Department. Have a friend who is about to drink and drive? Take the keys away and make arrangements to get your friend home safely.