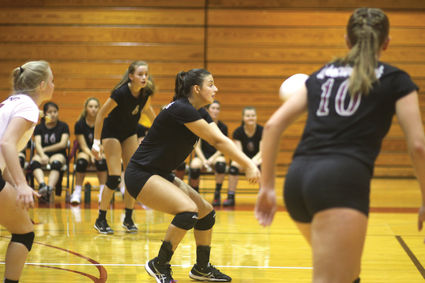 On paper, a 15-win team and one with only three victories should be an easy win for the stronger team – not when Westmont and Lisle meet up.

Back-and-forth lead changes gave Westmont and Lisle both momentum in the opening set, with the Sentinels eventually winning 27-25. Westmont carried that momentum into the second set and won easily 25-18.

"One thing that we've gotten better at in the last week has been winning some rallies," said Jennifer Gliwa-Bell, Sentinel coach. "We could rally in the past and not always come out on the winning side, so I think that's a little bit of a momentum changer and I also think with that our defense has gotten better."

To this point in the season, the Sentinels have had success especially at home, posting a 9-5 record.

Gliwa-Bell said one thing in this game that was evident, and something the entire season that has needed work to become an even better team, is serving.

"Even last night we missed eight serves alone in just the second set, that's not going to get the job done," Gliwa-Bell said. "Serving continues to be a struggle for us because we're just not consistent enough, but we're going to figure out."

With six seniors and seven juniors on the team, Gliwa-Bell said that leadership and team unity is the reason why they have been successful to this point in the season, and will need to continue that momentum to make a playoff push."A lot of times you will have cliques on the team, but these girls are so unique and intelligent we really don't have that," Gliwa-Bell said. "All of these girls just get along, a lot play other sports, are in honors classes and they really just have a lot of fun and comradery when they're together on the court and off."

For the Lions a hard fought battle in the first set was offset in the second set, which first year head coach Bonnie Pettigrew said was caused my too many miscues.

Pettigrew is the fifth coach in the last five years.

"We made four errors in the first 20 points in the first set," Pettigrew said. "In the second set we made nine out of the last 11 errors so we just weren't controlling our side of the court." 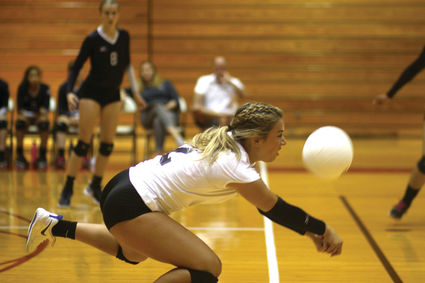 Despite only three wins on the season, Danielle Laue and Lisle gave Westmont a battle in the first set.

With four seniors, four juniors and five sophomores on the roster, Pettigrew said she has expected growing pains, but the experience from the sophomores will benefit her team in the future.

"We usually start about three sophomores on the team so that valuable time they're getting on varsity will really help them on and our team in the future," Pettigrew said. "We started off really slow so that obviously hurt us but we're growing and learning so I know we will keep getting better."

Although Lisle has struggled, it has won three out of their last eight games, and is heading in the right direction.

"One of our sophomores Zoey Sharafinski is our lead point earner serving and attacking and all that so we're really high on her and our other younger girls to lead the way in the future to get back on track," Pettigrew said.