With $35 million September, Indiana sportsbooks off to impressive start 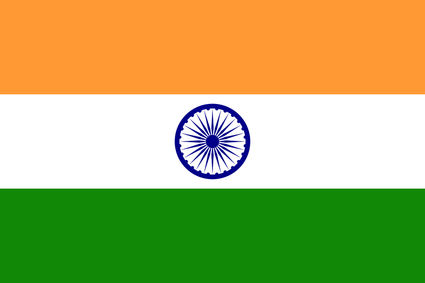 Fueled by retail sportsbooks most closely to the situated Chicago market, Indiana retail sportsbooks accepted $35.2 million in bets in September, producing $8.6 million in adjusted gross revenue for the sportsbooks, according to official reporting released Wednesday. With Indiana's 9.5% tax, the state's win (which does not include bets yet to be paid, such as a wager on the Colts to win the Super Bowl), injected $813,103 in tax revenue.

"Indiana's sportsbooks are in their infancy, but their ability to capitalize on the Chicago market did not take long to produce dividends," Dustin Gouker, lead analyst for PlayIndiana.com. "This is the largest handle we've seen in a state's first month of legal sports betting, and it happened without the benefit of online sports betting, which didn't launch until October. That is a testament to Indiana's existing infrastructure."

Indiana's $35.2 million handle was more than the $25.8 million Pennsylvania's retail sportsbooks generated in August, but less than the $44.4 million bet in-person in New Jersey. Of course, more than half of all September bets in Indiana were on football, and neither Pennsylvania nor New Jersey had the benefit of the NFL in August. Both will likely significantly outpace Indiana in September.

Still, Indiana's launch of online betting in October signals rapid growth in the coming months. Nearly 80% of all bets in New Jersey are made online, and Indiana will eventually take the majority of its bets online, too.

"Indiana showed in its first month a familiar pattern where football betting is far and away the main driver in the industry," said Kim Yuhl, analyst for PlayIndiana.com. "The ability to make online and mobile bets, though, should send the state's handle into a new stratosphere. Indiana is clearly on a trajectory to become one of the country's largest legal sports betting markets.

One of the chief reasons Indiana has so much potential is its proximity to Chicago, in addition to large markets in Ohio and Kentucky. The first full month of betting provided plenty of evidence.

Horseshoe Hammond, near Chicago, generated an Indiana-best handle of $8.98 million, yielding $2.1 million in revenue. Ameristar Casino in East Chicago was second with a $5.4 million handle, producing a $1.3 million win. Ameristar edged Hollywood Lawrenceburg, near Cincinnati, which accepted $5.2 million in bets and won $1.2 million. They were followed by:

"The sportsbooks closest to the Chicago market have an obvious advantage in the retail sports betting market," Yuhl said. "Even as online sports betting evens the landscape a bit, we expect that the Chicago-area sportsbooks will continue to receive the largest share of in-person bettors."