Capital punishment will be a "deterrent to violent crime," he says 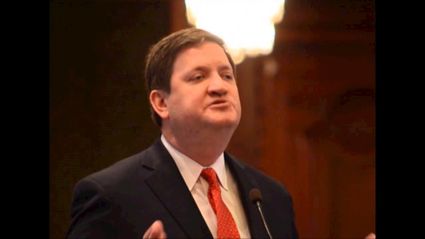 A Republican lawmaker has filed legislation to reinstate the death penalty in Illinois, calling it an "effective tool" to dissuade violent crime.

The Capital Crimes Litigation Act of 2019, filed Thursday, would restore state death penalty law to what it was eight years ago, before former Gov. Pat Quinn signed a law eliminating the measure. Its purpose, according to the measure, is to "have the death penalty serve as a deterrent to violent crime with the specific goal of reducing mass shootings, serial killings, and gun violence."

At the time Quinn abolished capital punishment in Illinois, making it the 16th state to do so, he said the state should not have a system in place that might result in the killing of wrongfully-convicted citizens. McSweeney said DNA technology has advanced "tremendously," and added the state needs "to take special care" to ensure wrongful convictions are not carried out.

The bill includes language that, if successfully passed into law, indicates the General Assembly "has confidence in the ability of crime laboratory biochemical testing ... to reduce or eliminate wrongful criminal convictions in Illinois."

Democrats have supermajorities in the House and Senate, and there is no evidence the legislation has wide support in either chamber. McSweeney said it will "take time to build up" approval, but he plans to start a conversation to have his bill heard at the committee level.

"I don't know if I'm going to get a hearing in the short run, but I'm sure going to focus on trying to get one," McSweeney said. "We still have violence and violent criminals in Illinois, and I hope we get (the death penalty) back. We need to get tough on crime."

He added the bill is "simple" - it adds back to the books only what was removed to abolish capital punishment - and it is not something he plans to take up until regular session begins in January.

Ed Yohnka, a spokesperson for the Illinois chapter of the American Civil Liberties Union, said the measure does not address any of the death penalty's "critical fatal flaws" - it is applied disproportionately to people of color, is expensive and could result in the killing of someone later found to be innocent.

He added capital punishment has "always been a flawed system."

"The supposed link between the death penalty and deterrence has never been proven, and to roll in mass shootings in Texas, a state that actually executes more inmates than any other state in the country, the idea somehow that it's going to bar or deter mass shootings is just fantasy," Yohnka said.