Plainfield board votes Sanctuary in, marijuana sales out

Board approved an ordinance banning cannabis-related establishments within the village 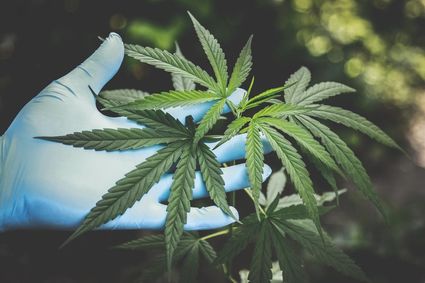 The Plainfield Village Board issued approval Oct. 7 for The Sanctuary to operate a banquet hall in the old trolley barn building at 24216 W. Lockport St.

During the same meeting, the board also approved an ordinance banning cannabis-related establishments within the village.

State law will change in January to allow marijuana sales for recreational use.

The Sanctuary, which will have a 200-seat banquet facility in the west half of the building, had brought concern over limited parking downtown.

Shuttle buses and parking valets will take cars to Larry's Diner - one-third of a mile down the street.

The banquet operators have also arranged to use the LifeSpring Community Church for auxiliary parking.

Trustees Margie Bonuchi and Cally Larson voted against approving the facilty because of the parking impact. "This is going to be an unmanageable traffic nightmare on Lockport Street," Bonuchi said. "I think the drop off and double parking in front of the building is going to be unmanageable. There's no place for limos to pull in."

The village board has said any ongoing issues could jeopardize renewing the business license next year.

"I'm willing to give the applicant a chance (on) a one-year term. I think it's a great use of a space," Trustee Larry Newton said.

Trustees voted 5 to 1 to ban cannabis dispensaries. Trustee Harry Benton, who voted against the ban, said potential tax benefits may be worth considering later.

"It's going to be here. It's going to be in our backyard with other communities (allowing) them," Benton said. "There's an opportunity to get some tax relief from this."

Trustee Brian Wojowski said the business and sales taxes would not cover the added costs to law enforcement.

"I'm for medical use, but I do think the social costs of recreational cannabis use do outweigh the positives," Wojowski said.