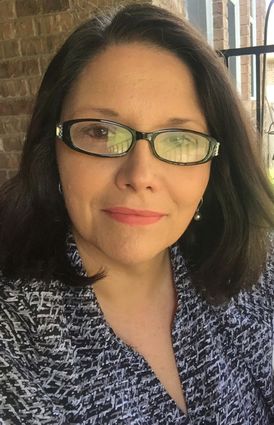 Take dog to vet to find out source of itching

We have a very smart 8-year-old old pit. She is healthy and has always been playful and well-trained. She was trained to do her business in one area of the back yard.

But suddenly she is skittish when we take her out and she seems to fight doing a bowel movement. Sometimes, she waits so long she can't hold it and goes before going out. Other times she will do it outside, but not where she was trained to go. At these times, she whimpers like she is hurting. She also has been scooting on the rugs like she has an itch. Her backside is red, and she won't let us put anything on it. She has been itching a lot.

We have given her Benadryl, but it doesn't help. What can we do to relieve her of this discomfort?

If her defecating problems, though, are related to diet, she may need a little more fiber. You can add a few teaspoons of canned pumpkin (not pumpkin filling; that has sugar) to her food. If it's an allergy that is causing itching and skin discomfort, your veterinarian can give her a shot that stops the itching for several months.

Take her to your veterinarian to find out for sure what's going on.

In your column in the Sun Sentinel, you suggested "relocating" an unwanted community cat instead of saying find it a new home. What did you mean? In Florida it is against the law to abandon a cat. As an advocate for animals, I'm sure you know it's not the cat's fault.

If the person is feeding the other cats but chases away this cat, no wonder the cat is aggressively trying to get food and scares the other cats away. She could leave food further away for that cat and then try to trap to see if neutered or even sickness is causing aggression.

Will you please clarify your answer so people don't think relocating means capturing the cat and dumping it somewhere else where the same thing may occur? And please remind your readers to spay and neuter their cats and keep them inside. People don't realize the dangers their cats face out there.

I was surprised at the flurry of letters I received regarding my response because I would never suggest dumping or abandoning a cat. When I looked into your concern, I discovered my entire response did not run in some markets. Here is the original paragraph with the crucial missing sentences.

"When you trap the cat for his/her spay-neuter surgery, have the vet's office scan for a microchip. If the cat belongs to someone else, your problem is solved. If not, another option is to relocate the cat. Do not dump or abandon the cat. Instead, look for someone who may want a barn cat or a business who may want a shop cat to handle rodents in exchange for feeding and sheltering the feline. This re-homing may be the best way to go."

As you can see, my suggestion was related to re-homing the cat with someone. I would never suggest anyone trap a cat and dump the cat some place else. It's just as cruel as the original dumping because the feline is yet again left not knowing where to find shelter, food or water. I also suggested that she get the cat fixed because it would likely reduce aggressive behaviors and give the cat a few weeks to adjust to the other cats in the colony.

I like your suggestion of trying to feed the cat in a separate location, but that can be challenging and draw the other cats there too. I suggested scanning for a microchip (during the neuter surgery), and one reader suggested putting up fliers and checking with animal control to see if a lost cat was reported.

Thanks for bringing this edited response to my attention. It's never acceptable to abandon a dog or cat.