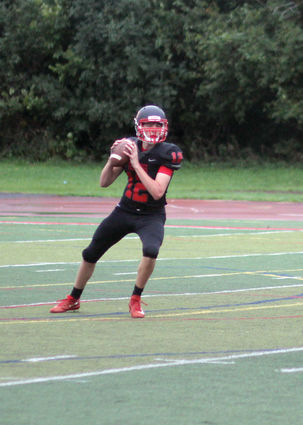 The 38-15 victory that Benet had over Marian Catholic Saturday afternoon at Benedictine University doesn't quite do the Redwings justice.

With a 5-0, 1-0 start to the 2019 season, Benet Academy has enough wins to qualify for the playoffs, Redwings coach Pat New said that he wouldn't let his team look past the Spartans.

"I always tell our guys to resist the temptation of looking anywhere else but this week," New said. "Taking it one game at a time is what we want to be about no matter who is on our schedule."

Taking it one game at a time might be easier said than done however, because the final four games of the season for the Redwings include St. Laurence, Loyola Academy, St. Rita and Nazareth Academy who may only be a combined 12-8, but each present a tough challenge.

Against Marian Catholic, the Redwings opened up the game on a blazing start, scoring on three out of their first five plays of the game.

After forcing a three-and-out on the Spartans' first possession, Benet special trams came big when senior J.P Lawler blocked a punt and the Redwings recovered on the Marian Catholic 4-yard line.

On the ensuing play, Colin Gillespie hit his tight end, Miami (Ohio) commit Jacob Snell, to put the Redwings on the board first. 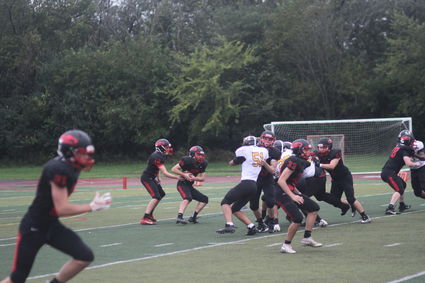 Just two plays after taking the 7-0 lead, an interception by junior cornerback Nick Bafia set up to another touchdown pass from Gillespie to junior receiver Auggie Mazza, this time from six yards out.

A 13-yard scramble into the end zone by senior running back John Walsh a touchdown pass to senior running back Sean Torres and a 20-yard field goal by junior kicker Will Benish to end the first half and cruise to a 38-15 victory while resting its starters in the second half.