Funds from the event goes to good cause, students and scholarships 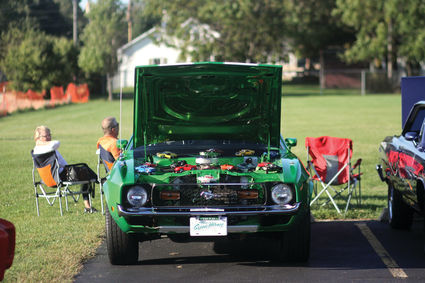 In an effort to raise funds for the students and scholarships at Plainfield Central High School, the Athletic Booster Club hosted its first Car Show and Food Truck Rally to also go along with the movie "The Goonies" on the football field.

Ran by the Plainfield Central Athletic Booster Club fundraising committee chair, Tristan Torres, each vehicle had to pay $10 to enter.

"We wanted something for the kids to do leading up to our homecoming on Saturday," Torres said. "We wanted to give them some activities to do after school and keep that momentum going because in Plainfield, homecoming is a huge deal."

Trying to build off of the annual Plainfield Parade, Torres said the goal is to keep the tradition going every year with hopes off more and more people coming every year.

Five food trucks also were outside of Central next to the stadium, giving those in attendance something to munch on while looking at the wide variety of different cars.

"I was a little worried at first because I didn't know if the food trucks or cars would show up as well as how many people would because like I said it is a first year event," Torres said. "I'm really happy people showed up and have a chance to relax and see some of the neat cars we have here on display."

This year, because it was a first year event and there was an uncertainty of the amount of cars that were going to show up, a raffle was concluded to decide who the winner was. 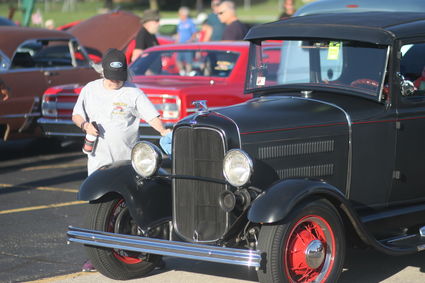 "As they come in they're all checking in with the registration form and we just pulled the winner from the first choice and they won the grand prize of a $50 gift certificate to Midwest Hot Rods," Torres said. "Second place winner received their $10 donation back plus a Plainfield Central shirt and finally for the third place winner also received their $10 back."

The winner for this year's 2019 event was Joe Meagher who is a grandfather of two Plainfield Central students.

Supporting a 1969 Chevrolet Chevelle Super Sport yellow car, Meagher kicked off an event that Torres said was good not just for the students and the school, but for car lovers as well.

"I think it's great because most importantly the money raised go back to the students and scholarships," Torres said. "But for car lovers to come out and see all of these beautiful cars, that's something pretty special I think as well."