Plainfield East looking for its identity to get record above the .500 mark 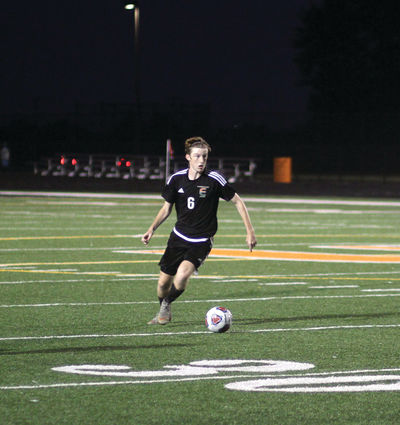 Plainfield East soccer is looking to get above the .500 mark this season.

Bolingbrook and Plainfield East soccer are on two different tracks.

For the Bengals, a sub .500 record so far in the early season has coach Cosimo Patano searching for answers.

"We're still trying to establish our identity at this point in the season," Patano said. "Our style and what brand of soccer we want to play is still something this team is trying to figure out."

Senior leaders including Brayden Saunders and Kolin Goss headline the young Bengals roster, but Patano said once the identity and continuity come, look for more success.

"We are a young team but Brayden and Kolin do a great job of getting the guys ready for games and leading out here for us," Patano said. "Once we become more established with finding that identity and coming together I really think we will be alright, and that's what our goal is to do."The Raiders, who sit at the .500 mark, want to start playing better away from their home turf.

Not winning a single game during the season on the road has put the Raiders into the mediocre category so far for the 2019 season.

One of those losses was a 2-0 loss to Plainfield East in the third round of the Plainfield Classic soccer tournament hosted by Plainfield North.

While being undefeated at home, coach Nick Trotter said his team needs to adjust while making changes if they want to take the next step into being a great team.

"We've been going to phases so right now we're looking to just take care of the ball a little bit better," Trotter said. "Everybody is working on their individual roles within the system, there's a pretty good foundation and understanding of what we're doing but playing better on the road is a must."

A couple of the captains and leaders of the team are seniors Joe Balas and Esteban Castro, who Trotter speaks very highly of.

"Joe is our alpha captain who has played four years of varsity and is our leader on and off the field," Balas said. "[Steve] Castro is our other captain voted on by the team, and he has been injured for a couple weeks now but he's also a great leader and player for us."

Plainfield North moved to 4-0 fro the first time in its history with a 42-0 win over Plainfield Central, who fell to 0-4.

This week, South hosts Joliet Central, North squares of with Oswego and East travels to Central to face the Wildcats on Saturday for homecoming.