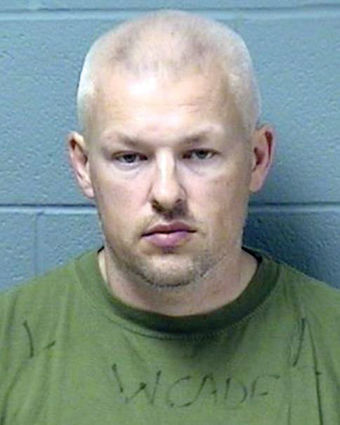 police canine reportedly found a Plainfield truck driver was carrying Drugs with a street value of more than a quarter-million dollars.

On the afternoon of Sept. 20, a Wilmington officer was given a tip about a semi-tractor and stopped the truck near Route 53 and Arsenal Road, police said.

Mao, Wilmington's police canine was brought to the scene after the driver was questioned and "alerted" on the trailer, police said.

Tomas Pabedinskas, 40, of the 2300 block of Timber Trail, was arrested on a charge of manufacture or delivery of cannabis and booked into the Will County jail and released after posting $150,000 bond.