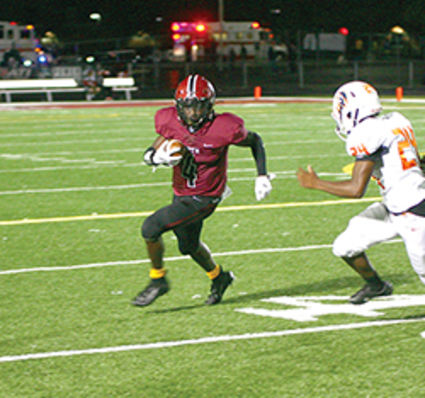 Plainfield North moved to 3-0 on the season with a 42-0 win over Romeoville.

And if they all goes as the first one did, the Tigers will be happy.

Imbordino was an assistant for the Spartans under former head coach Jeff Kuna.

Over the next two weeks, the Tigers will travel to Plainfield Central, where Imbordino was a star defensive lineman and Oswego, where he coached just before coming to North.

"I try and tell our guys that it was just Plainfield High School when I was there, so it was different," he said "At this point in my life it is all about the kids and seeing them succeed. It is friendly confines and you reminisce a little, but at the end of the day, it is about getting the W."

The win over Romeoville was the second-straight shutout posted by the Tiger defense.

"Our defense is stout and that is how we want to win football games - play great defense and control the tempo," Imbordino said.

Imbordino, however, said he is not looking at the opponents and their records.

Nathan Simpson paced the ground game with 87 yards and a touchdown on 12 carries, while power back Joshua Stiffend added 80 yards on nine totes.

Adam Smith completed 11 of 18 passes for 189 yards and four touchdowns.

Jaylon Tillman hauled on two passes for 107 yards and a pair of scores, while Marcellus Moore had four grabs for 25 yards and a touchdown. Tobenna Enyi added 39 yards on four catches.

"In my opinion, we have three receivers that could go to any other team in the conference and compete to be a No. 1 receiver. If Moore isn't getting the ball, it is Jaylon, who his last five catches have been for touchdowns," Imbordino said. "Then Tobenna, who is a No. 3 receiver here, but is a pretty good football player. We have weapons on offense and it is just execution."