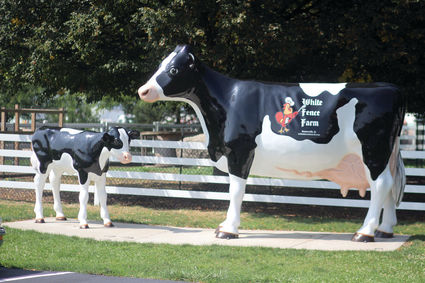 For 65 years, the White Fence Farm restaurant has been in the family of Laura Hastert.

The original White Fence Farm location is in Romeoville, where it was established in the early 1920s on US Route 66.

Founded by Stuyvesant 'Jack' Peabody, son of Peabody Coal Company founder Francis S. Peabody and himself CEO of Peabody Coal at the time, opened on a 12-acre plot that Jack Peabody owned across U.S. Route 66/Joliet Road from his 450-acre Lemont horse farm where thoroughbred racehorses were bred, boarded and trained.

"This restaurant has meant so much to me and family over the years I can't even describe it," Hastert said. "There's so much history and relevance to our customers, it's truly remarkable what it has become today."

Peabody, who had a theory that people would enjoy a simple menu of superior food when served in an attractive atmosphere, wanted continual expansion throughout the years.

More than 60 years later, 10 dining rooms have been added on top of 500 parking spaces, a lobby area full of games, grandfather clocks and an antique car museum.

The pasture, which is located right next to the restaurant in Romeoville, is also an open area to pet and feed Alpacas, mini goats, pet chickens or cows.

With more than 40,000 customers that came in the first few months of White Fence Farm opening, numbers since then have skyrocketed.

Now, more than 40,000 pounds of chicken in a month gets used, and the restaurant can seat 1,100 people in 12 different dining rooms.

Fast forward to September 29, 1954 when Robert and Doris Hastert officially purchased the farm.

"My grandfather and his wife bought this place in 1954," Hastert said. "My dad also worked here with them, and as you can imagine it's not always very easy to work with family but they always worked well together."

While Robert Hastert's son, Robert Jr. was the farms manager; he also started the carry out location concept.

Other current locations that just offer carry out are in Riverside on Harlem and Ogden, in Downers Grove on Fairview and Maple, Romeoville, Joliet and Plainfield.

"All of those other restaurants are great, but we're the only one that you can actually come in and sit down at which makes the Romeoville location pretty cool I think," Hastert said. "We also have carry out here, but we're happy when customers come in and see all of the history White Fence Farm has to offer."

Part of the tradition and why the restaurant has become so popular is because of the food menu Hastert said is simple but delicious.

Known for the chicken, shrimp, fish, coleslaw, fritters and mashed potatoes and gravy, Hastert said that’s not something most people can find any day. 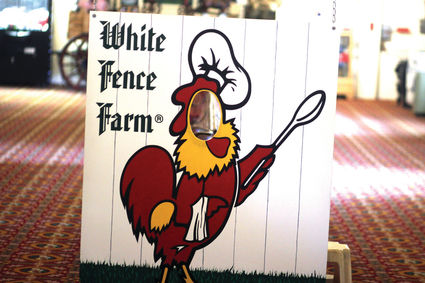 “The prices are cheap, the food is amazing and the atmosphere never gets old especially if it’s someone’s first time,” Hastert said. “I eat here everyday, and for a restaurant like this to have a simple menu my grandfather created, it honestly just shows all the people’s hard work and dedication to making White Fence Farm the place it has become today.”

On an average week, White Fence Farm sells 7,000-8,000 chicken dinners, goes through 80,000 pounds of potatoes each year, has the chickens shipped from Georgia on a daily basis and provides not only food, but entertainment in a show room as well.

Though the 65 years have had ups and downs, being one of a kind restaurant is something that Hastert said keeps her going everyday.

“You wont find this anywhere else,” she said. “Great food, a farm and a museum all wrapped up in one is hard to beat, and it’s all a credit to the great people that have worked in our 65 years.”