Plainfield Park District Manager goes the distance for a good cause 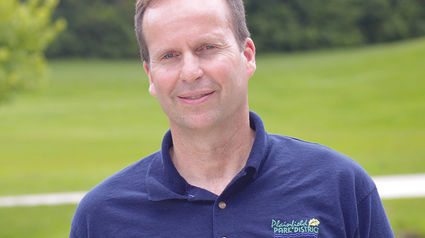 A StairMaster, elliptical, or even a treadmill seems to suffice for most people. For Plainfield Park District Division Manager of Parks Mike Brouillard, that's not the case.

In 2016, Brouillard discovered World Vision, a non-profit whose mission he wanted to help, one that would also force him to push himself to his physical limits.

While he discovered World Vision, which he said has changed his life, he also discovered something most people just can't physically or mentally compete in, an Ironman Triathlon in Madison, Wisconsin.

"This is my fourth Ironman I've done so far," Brouillard said. "I decided in 2016 I wanted to do something for children in Africa, so this was it."

World Vision, which is an international partnership of Christians whose mission is to work with the poor and oppressed to promote human transformation, seek justice and bear witness to the good news of the Kingdom of God, is something that Brouillard said has become a very important part of his life.

"These kids are dying from the bad water they're having. More than 1,000 kids under the age of five die every day and it's just not good living environments for these kids to grow up in," Brouillard said. "I teamed up with World Vision so I could help build wells, and help in other ways in any way I possibly can."

Every $50 raised is enough to cover the cost of providing fresh water to one person for life, which is something that Brouillard said keeps him going.

"As a team of us across the United States join together and we raise the money for the wells to be built with World Vision," Brouillard said.

In order to raise the money, participating in an Ironman is something that Brouillard sais he enjoys, but every year it has been getting more difficult. To compete in the full Ironman race in Madison, Brouillard trekked for 140.6 miles, which includes a 2.4-mile swim, 112-mile bike portion and a 26.2-mile marathon.

Brouillard, who turned 50 in 2016, had never competed in a triathlon before 2016. With the intense training and strict diet, it required him to learn to swim competitively, and he had to recruit his dad to help him learn to ride a bike again -this time a bike specifically designed for triathlons.

Throughout the entire process of training and raising money, it all hasn't been a walk in the park.

A few setbacks from training occurred when he broke his foot, and then didn't meet the time requirement during the bike portion of the race.

Each year, he said the training gets harder but he still keeps coming back, moved to reach his goal of raising enough money to help 2,000 people.

"I don't care how long it takes me or my team to be honest with you," Brouillard said. "We take so many things for granted here in the US and any amount no matter what it is can help these people who desperately need it."