3-year-old with Down Syndrome gets opportunity of a lifetime 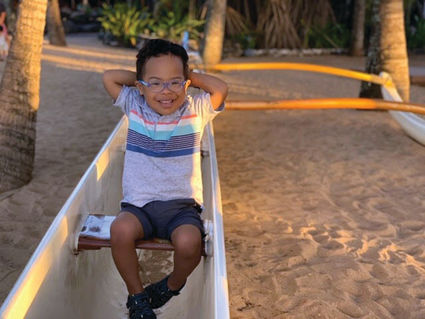 Ever since Nico Brito was born, he's been an inspiration to other people.

A three-year-old from Downers Grove, who will be making a special appearance in Times Square to launch the NYC buddy walk, has been dealt a tricky card - Down Syndrome.

"I received a prenatal diagnosis very early in the pregnancy," said mother Jacqueline. "I think I was 11 weeks pregnant the time."

After finding about her son's condition, which came from a routine checkup at the doctor's office, Jacqueline and her husband decided on the name Nico because it means "Victory of the People".

Besides the meaning behind Nico's name, Jacqueline said that 'breaking barriers' would also be the motto of her son and their family.

"There's just so many stereotypes out there for people that have Down Syndrome," Jacqueline said. "My husband and I came to the conclusion we're going to be breaking barriers and support Nico while being the best possible parents we can be."

The three-year-old is known for having a certain energy about him that his mother said keeps everyone's spirits up.

Blowing kisses to people he sees, smiling, waving at people and approaching kids and adults to interact are all some of his best characteristics Jacqueline said her son possesses.

A condition where a person has an extra chromosome, which is small packages of genes in the body, remains the most chromosomal condition in the United States today affecting more than 6,000 born babies each year. The condition that is usually associated with physical growth delays, mild to moderate intellectual disability and characteristic facial features, is something that Jacqueline said Nico never lets it bring him down.

"Like I said he's always just so positive, happy and full of life and energy," she said. "He's truly a blessing."

Nico and his family will be getting the opportunity of a lifetime, as they will be featured on the big screen in the heart of New York City as part of the National Down Syndrome Society's annual Times Square video presentation.

The presentation, which will take place of the morning of the NDSS Buddy Walk, will kick off National Down Syndrome Awareness Month.

In order to get the opportunity, Nico's photo was selected from more than 3,000 entries in the NDSS worldwide call for photos.

"The first Buddy Walk happened in 1995 and it's also the largest Buddy Walk around the world," Jacqueline said. "So for his picture to be chosen was pretty special to him and our family." 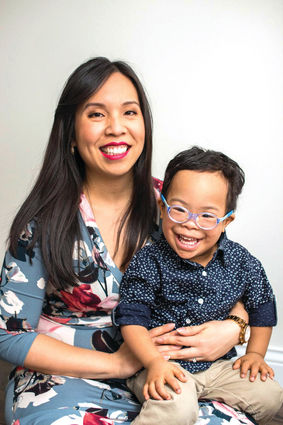 The featured photographs that will be displayed will highlight children, teen and adults with Down syndrome working, playing and learning alongside friends and family. Although Jacqueline said that there is a challenge with having a son who has Down Syndrome, and will remain one to integrate Nico into society, she feels like her and her husband are very well equipped to continue the journey on providing the best life possible for Nico.

"So I'm a literacy coach in education for at-risk children," Jacqueline said. "My husband is in health care, I feel like if this was to happen to anyone, we're the right parents because of our professions.

"We get so much help and support along the way too, and this Buddy Walk means so much to Nico and our family, so this is just really overall special time for us."