With ties to Plainfield, the Shimko coaching tree has extended throughout the Chicagoland area 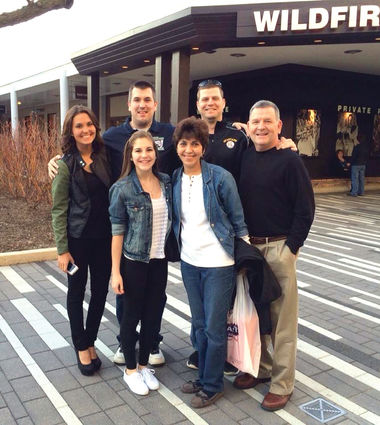 For 25 years, George Shimko has been teaching basketball – and for most of that time his family looked on.

Now, they are following in his footsteps.

Through his George Shimko Basketball School in Oak Lawn, he coached his children, but never pushed them to go into athletics, especially as coaches, it just happened naturally.

"I have always coached my children like players," George said. "I have never coached them like my child and I think that is why they became successful. I had the opportunity to play in college and to play overseas and I know what they had to do to get ready to play at the next level."

He also got them ready to pass that message on to other athletes.

"Just being around GSBS Basketball since they were young and seeing the impact we make in kids' lives and building up their self esteem and making sure they have confidence in themselves, that drew my kids into becoming educators," Shimko said. "My background is in marketing and accounting and that was what I did until I started the basketball program, I worked for the United States Department of Agriculture for 20 years. The children have been around the game and how we can impact young people's lives and they got drawn into education. I never forced them, they just saw the impact and were drawn into it. When you are doing something, you don't know the impact you have on others, but the kids saw that."

On his staff is his son, Alex, who was one of the most prolific shooters to ever come through Plainfield Central High School.

"We were at Queen of Peace for four years and we went from 2-28 to 28-4 and got the best record in the school history and they closed the school in June of 2017," George Shimko said. "St. Laurence, which is right next door, decided to go co-ed and we were hired as the first girls coaches at St. Laurence. In our first year, we went 16-14 and won a regional championship."

Other than his dad, Alex played for Stephens and coached under Nick DiForti at Plainfield North and George knows with that knowledge, he will likely not be a head sophomore coach long.

"Dave Stephens is an awesome person and was just an awesome coach for Alex the years he was at Plainfield Central and DiForti, the things he learned under him as well were great," he said. "They still have contact. Life is all about getting bits and pieces from other positive people in your life and from there, you build your own process, your own character and your own way to coach and I think Alex will be an excellent head coach when the time comes.

"He understands that process that becoming a good player means putting the work in, whether it is on the court or in the classroom and you have to have family support."

George Shimko's oldest daughter Kristen, a standout at Plainfield North High School, is currently the assistant coach at Argo, who is the No. 7 seed in the IHSA Class 3A Hinsdale South Sectional.

Kara, the youngest of the bunch, is a sophomore at Cardinal Stritch and is averaging 6.6 points per game for the Wolves and just last week earned her first collegiate start.

Kara was a varsity starter at Plainfield North her freshman season and tallied more than 100 points, but transferred to help her dad start the program at Queen of Peace, where in three seasons, she became the school's all-time leading scorer - a record that because of the school closing, will never be beaten.

"Kara knew what we were trying to do and wanted to come with and help us build from scratch and the same with Alex, he was coaching under DiForti and he wanted to come with me and build it," George said. "When Kara and Alex came over, we kept doing really well. That was a dream come true."

The oldest child in the Shimko bunch, George, Jr., is also a coach, but chose to play outdoors in the dirt instead of in a gym on a hardwood floor.

George, Jr. has been a teacher and assistant varsity baseball coach at his alma mater Marian Catholic for 12 years.

"He is the odd ball," his dad joked. "He loves basketball as well, but he was a really good pitcher and he played college at South Suburban and Benedictine. 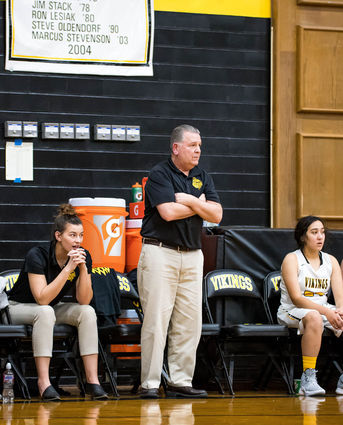 George Shimko is currently the head girls coach at St. Laurence High School in Burbank and his basketball school is in its 25th year of teaching the game.

"The whole family is involved in coaching some aspect of it. George and Alex are teachers, Kristen is getting her Master's in Psychology and will be a guidance counselor at a high school and Kara is going back to the business side, as she is majoring in marketing."

The Shimko children are not the only ones that have learned from George, Sr. over the years. The GSBS, which offer programming for boys and girls from ages five to 18-years of age with a complete range of programming from fundamental, developmental and basketball teams for boys and girls from third grade through high school, has allowed George to teach many of the GSBS family as well.

"It has been really exciting," he said. "We have always wanted to put them in a situation where they enjoy the game, be coached and become a better player, so when you go back to your high school or wherever, we want you to succeed.

"We have 240 kids that are playing at 22 different high schools, we have 40 kids playing college basketball and 15 that are coaching. It has been pretty exciting, but it is amazing how fast the time goes."