Father and Son Coach Teams to Near Perfect Season 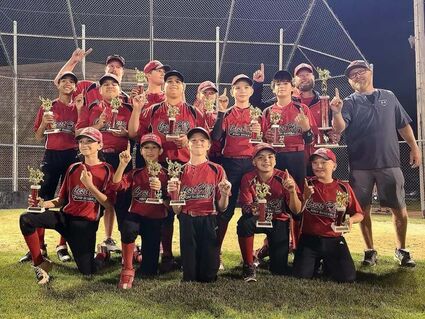 The Marshall name has been a constant in the local sports scene for more than four decades, as Joe Marshall has coached a Pony Division team in Crest Hill for 43 years and he and his wife Donna have run Crest Hill Pony for most of that time.

Their sons have played and coached at Crest Hill and grandchildren have gone through the program.

Both teams were DuPage River Conference and tournament champions.

Dan's Paradise Pools and Spa team posted an overall run differential this season of 333-57 and outscored opponents 38-6 in the playoffs.

Dan contributes the success to the fact that the core group of players have played together for six seasons.

"I have had this group since they were 6, so it has been nice. They are very coachable," Dan said. "They love to learn the game."

The one combined loss was a 4-3, road loss for Joe's group.

While the teams may not have been overall perfect, they both defended home turf, as it was Joe's first team other than the 2020 Covid-shortened season, to not lose a game at home.

In the championship game, Sports Huddle defeated Channahon Vast Investment Properties 14-3 after trailing 2-0 in the top of the first inning.

Crest Hill came back in the bottom of the first and scored nine times, including a trademark suicide squeeze bunt by Dylan Sanchez with a two-strike count.

Damian Herrera led the team in batting average on the season, hitting .438, with five triples and a pair of home runs.

Catcher Naseem Jaber hit .413 and set team record with 82 stolen bases, while not being caught all year.

He led the team with runs 60 scored 60, 33 hits and nine doubles. He hit 706 with runners in scoring position

Behind the plate, Jaber threw out 21 and allowed 43 stolen bases and allowed only two pass balls in 31 games in only his second year as a catcher.

Ramirez made only three errors at first base and hit .403 on the year.

One of those no-hitters was saved by a catch from left fielder Damian Arteaga who hit .333 on the year. 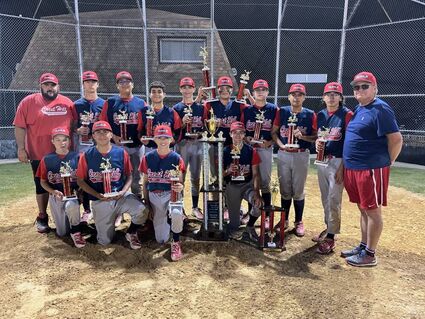 Dylan Sanchez and Tommy Kairis will both be eligible to return next season as the lone 13-year-olds on the roster.

Like many leagues, Crest Hill has taken a hit over the years in terms of numbers, losing players to travel teams.

So, with lack of numbers entering the Bronco level next year, the plan is to move 11-year-olds up to play an extra year of Pony baseball.

That includes Dan's daughter, Brooke, who will play for Joe next season, while Dan assists.

"It has always been my goal to have my daughter play for my dad," Dan said.