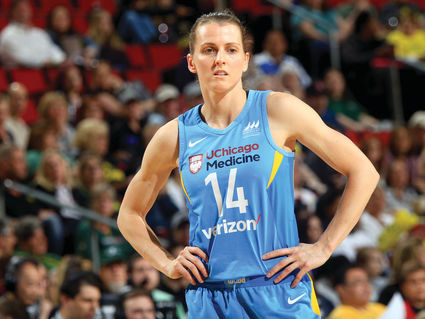 On a day when Allie Quigley should have been preparing for the Euro League semifinals, she was instead filming a H-O-R-S-E competition that featured six players from the NBA and one other from her WNBA ranks.

The competition aired on ESPN in a two-night event and saw Chicago Sky sharpshooter Quigley, a native of Joliet who starred at both Joliet Catholic Academy and DePaul University, win her first game against 10-time NBA All-Star and two-time Olympic gold medalist Chris Paul, now of the Oklahoma City Thunder. She then fell in the semifinals in a close match-up against Chicago Bull guard Zach LaVine in an all-Chicago contest.

"I probably haven't played H-O-R-S-E since I was 10 or 11-years old and never would have imagined I would be playing on ESPN," Quigley said. "I will look back and remember this as one of the coolest experiences."

In the all-Chicago semifinal, Quigley, a three-time WNBA All-Star, two-time Sixth Woman of the Year and two-time WNBA three-point competition winner held her own with LaVine, the two-time NBA dunk contest champion, but LaVine used his hang time and athleticism to ultimately earn the win.

"I had control and had the chance to keep the game close to the ground with jump shots, but I missed. He won fair and square," Quigley said. "You want to give the fans something crazy and something fun to watch, but at the same time, shoot shots that you knew you could make."

While LaVine was in his home outside Seattle, Quigley was at her home in Deerfield. With each player shooting at their homes, players like Quigley, retired WNBA star Tamika Catchings and Atlanta Hawks All-Star Trae Young shot in their driveway, while LaVine, Paul, retired Detroit Pistons guard Chauncey Billups and retired Boston Celtics forward Paul Pierce had paved outdoor half courts and Utah Jazz guard Mike Conley, the eventual champion, had an indoor court in his home.

"That was a fun part of it. Some people had the nice courts and some people have courts like the rest of the world and that is OK," Quigley said.

With Quigley advancing to the semifinals, which aired April 16, she was able to keep the WNBA in the headlines heading into the league's draft, while her match-up with LaVine set the stage for the start of the 10-hour documentary "The Last Dance" which will air on ESPN beginning Sunday and will chronicle the sixth, and final, championship run of the Michael Jordan era Bulls in 1998.

"It gave us a lot of spotlight and especially with the draft coming up (April 17), it was nice to give the WNBA some love in this time of no sports," Quigley said. "I am the first one to put on any NBA game or March Madness – I am a big fan of basketball at any level. It was tough at first when you keep scrolling and there is nothing on, but it was exciting to give the public something to watch and now we are all just waiting for [The Last Dance] documentary Sunday."

Up next for Quigley is the WNBA season, which will be her 12th overall and seventh with the Sky. The WNBA season was set to open May 15, however the season has been postponed and that May 15 date is now slated as the opening of training camp. 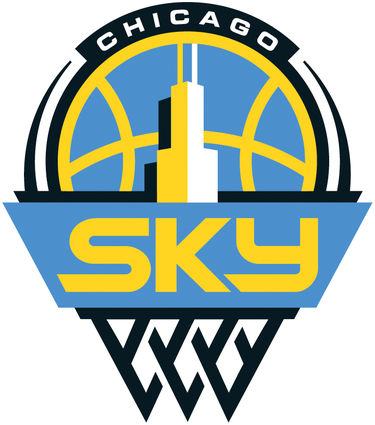 One thing Quigley has going for her in quarantine is that her wife is also a teammate of hers, WNBA All-Star Courtney Vandersloot.

While Vandersloot worked the camera for the H-O-R-S-E competition, she is normally Quigley's workout partner as the duo hopes to lead the Sky to a successful WNBA season.

"We help us every day come up with our workouts and I motivate her when she isn't really feeling it and she does the same for me, so it definitely helps to have someone to work out with," Quigley said.