Angels will compete for a state title at 4:15 p.m. Saturday 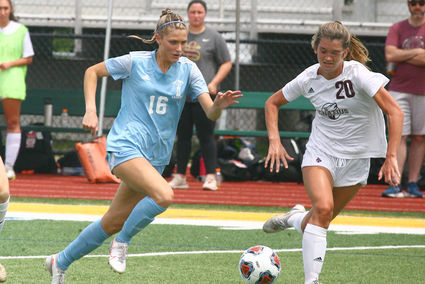 There is one thing that the 2021 Joliet Catholic Academy Angels varsity soccer team likes to do more than anything and that is scoring goals.

Entering Friday's IHSA Class 2A State Semifinal at Fremd High School, the Angels averaged 5.9 goals-per-game. In their 3-game Class 2A sectional sweep of Ottawa (14-0) Oak Forest (7-1) and Lemont (10-0), the average was an unheard of 10.1 goals-per-game.

JCA was more would be angelic, taking it easy on Peoria Notre Dame in Monday's Mendota Class 2A Supersectional, winning 4-1.

On Friday, the Angels (16-1-1), returned to their un-angelic form and buried the Chicago Catholic League's St. Ignatius 7-1 to move on to Saturday's 4:15 p.m. Class 2A state championship game at Hoffman Estates High School.

The Angels will face the undefeated Knights of Troy-Triad (23-0-1), who defeated the JCA's East Suburban Catholic Conference-rival St. Viator 1-0 in the second Class 2A Semifinal at Fremd on Friday.

At the 70:10 mark of the game, Furmaniak struck for her third goal of the game and the hat trick to give the Angels a 7-1 lead.

The hat trick gave Furmaniak 39 goals on the season.

"At the start of the season I had goals to score often but I never dreamed I would score 39 goals this season.," Furmaniak said. "We did not expect, nor did I, to win 7-1 and to get a hat trick in a Class 2A semifinal."

"Morgan is an amazing talent," JCA coach Oscar Valdez said. "She has the uncanny ability to know when to score or when to assist a teammate."

Angels senior midfielder Breanna Ciemny got the Angels goal scoring party started at the 7:17 mark of the first half to give the Angels a 1-0 lead.

"I was very excited to score our first goal of the game," Ciemny said. "It was important to score first."

After Furmaniak's unassisted goal at 16:20, Ciemny struck again at 37:08 on an assist from Furmaniak, It was Ciemny's seventh goal of the season, putting JCA ahead 3-0.

Just 36 seconds later, Furmaniak set up junior forward Emma Gruber for her 13th goal of the year and a 4-0 Angels halftime lead.

At 48:07, senior midfielder Alaina Wildenradt scored to make it 5-0 Angels with her 18th goal of the season in just her 19th game.

"We really expected a tough game from a very good St. Ignatius team," Wildenradt said. "We just all connected today and played so well. We have developed tremendous chemistry from playing together for our club team and for the Angels for all these years. On the field, we all know where everyone is at all times and that is why our offense is so strong."

Furmaniak picked up her second goal of the game at the 59:47 mark to increase the Angels' lead to 6-0. St. Ignatius (15-5-1) got on the board late to break what would have been the eighth shutout for Angel goalkeepers. Furmaniak closed out the scoring with her third goal of the game.

The St. Ignatius goal was only the 15th allowed all season by Angel goal keepers.

"The key to our success in the nets is our hard work. Every day we work to get better," Angels goal keeper Abby Pasternak said. "The most important thing of all is determination and persistence in not allowing our opponent to score a goal. With my teammates amazing ability to score goals, when I do give up the occasional goal, very quickly they will have scored and maintained our lead." 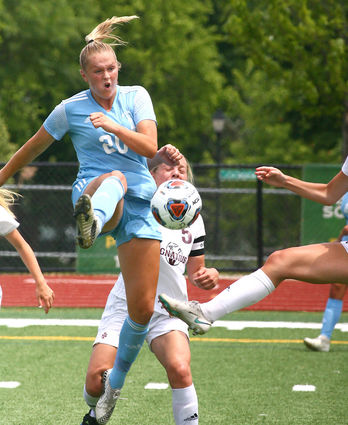 "Our preparation was excellent," Valdez said. "We heavily scouted Ignatius and watched a lot of film. Our triangle offense, Morgan (Furmaniak), Alaina (Wildenradt) and Emma (Gruber), know each other so well and our just so efficient at scoring goals. We understand Troy-Triad is undefeated and very, very good team."

Despite its success thus far this season, JCA will be tested in the state championship game.