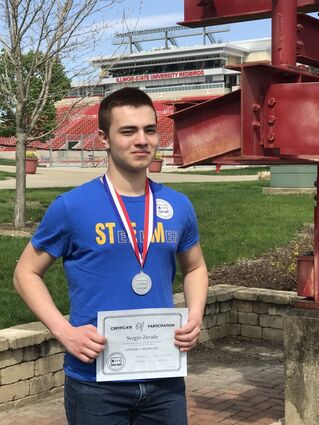 "Sergio competed against the best of the best," said STEM Teacher Dale West. "He had 2 hours to complete an industry-related problem in the assembly modeling division using Autodesk Inventor to construct a 3D model of multiple parts based on the provided technical drawings of a product."

To construct the 3D model and create detailed drawings of his assembly, Zavala assembled all parts in their natural positions using constraints which allowed him to analyze how the parts interact with one another. During the assembly analysis, he collected data on part position locations while documenting all steps on an answer sheet for the judges.

"Sergio did a great job representing our Steelmen at the competition, and we are really proud of him," said West.