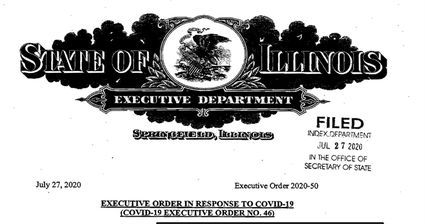 While Gov. JB Pritzker issued a new executive order this week allowing for transfers into state prisons at the discretion of the Illinois Department of Corrections director, an association representing the state's sheriffs contends that the move was more show than substance.

Jim Kaitschuk, executive director of the Illinois Sheriffs' Association, said Wednesday that the new order's stipulation that transfers are allowed "within the sole discretion of the Director of IDOC" effectively renders the latest executive order inconsequential.

"I think the perception was from the EO that he issued on Monday was that the prisons were open," Kaitschuk said. "Well, that's not factually accurate. It's kind of like having a sign on your door for a business saying it's open, but the door's locked."

The governor filed Executive Order 50 of 2020 Monday evening, repealing Executive Order 13, which suspended transfers into Illinois Department of Corrections facilities from county jails starting in March. The Monday filing came less than 24 hours before a scheduled hearing on a lawsuit filed in Logan County against Pritzker and IDOC Director Rob Jefferys on behalf of 89 Illinois sheriffs.

Kaitschuk said the sheriffs are asking a judge for a temporary injunction that would compel IDOC to accept inmates from county jails. He said sheriffs continue to be denied in their transfer requests even after the Monday executive order.

Kaitschuk said the injunction was not granted Tuesday in light of Monday's new order, but he is hopeful it will be reconsidered Monday, Aug. 3 when the next hearing in the court case is scheduled for 10 a.m.

Their argument in that case, Kaitschuk said, is that state law mandates IDOC to accept sentenced inmates.

"So it's a mandatory statute, not an advisory one where they can set parameters of their own choosing. Thus, they really don't have a choice," he said.

On Tuesday, IDOC shared an internal document with Capitol News Illinois that showed the procedures put in place to allow for transfers. Those include requirements for social distancing, temperature checks, quarantine and testing, among others.

The requirements are difficult for county jails to meet, Kaitschuk argued, because COVID-19 test results must have been received within three days before the transfer, and tests results often take longer than that. If an inmate has to leave a facility for a test, that restarts the requirement of 14 days of quarantine as well.

"Based on the sheriffs that I have talked to across the state, the average time is between five and seven days (for a test result) unless it's an instant test that they have access to. And no one does..." he said. "They've set this up in such a way that it's a virtual impossibility to meet."

Kaitschuk also added that county jails have taken on both the public health and financial burden of housing extra prisoners due to the state's decision not to accept them.

"So that shouldn't be the burden that's been placed on the county," he said of care and housing for inmates once they are sentenced by a judge. "I know of several sheriffs that have had to endure hours and hours of overtime for inmates that have medical issues where they're being taken to the hospital. And that requires 24-hour security to be placed on them. That's draining resources locally." 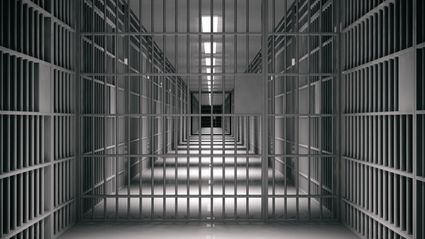 He said the sheriffs are hopeful for a resolution to the ongoing case.

"Early on, we had given (the state) health protocols that we thought we could actually try to work with, because, you know, we were not having as many people come into our custody," he said. "But now ... we're in the summer, the courts are back open, you got jails that are getting full, if not already full. And so it's not - the requirements or specifications that they're trying to outline are just not reasonable."