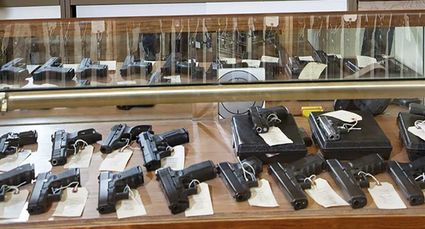 The General Assembly's Joint Committee on Administrative Rules, or JCAR, gave its okay to the rules at a meeting Tuesday in Springfield.

The Firearms Dealers License Certification Act passed the General Assembly in May 2018, when Republican Bruce Rauner was governor. But knowing he was likely to veto it, lawmakers used a procedural maneuver to hold the bill until Democrat JB Pritzker took office in January. He signed it on Jan. 17, four days after being inaugurated.

The new law requires anyone with a federal firearms license who operates a retail gun store, which does not include gun shows, to also obtain a state certificate and to comply with regulations adopted by the Illinois State Police. Those were to include, among other things, rules on maintaining alarm systems, video surveillance systems and ways to secure the store's inventory after business hours.

During the JCAR meeting Tuesday, Sen. Paul Schimpf (R-Waterloo) and Rep. Steven Reick (R-Woodstock) praised ISP for working with lawmakers to find compromises on the new rules that were agreeable to all parties.

"We were able to just clarify language that talked about what security systems were necessary," Schimpf said in an interview after the meeting. "The original proposal was that you would have to be securing all the weapons in a safe, separate location overnight. They're now going to allow, as long as they are secure, that they have security systems or a bar or a cable system going through (the trigger assembly)."

One area of the new regulations which remains in dispute concerns the type of video surveillance systems and the number of cameras that gun stores must maintain. But the law does not require compliance with those rules until Jan. 2, 2021, and ISP officials said they would continue working on that section of the rules in hopes of coming to an agreement before that date.

Schimpf said the process of reaching the agreement was complicated by the fact that ISP does not typically operate as a regulatory agency and so the process was new to many of its officials.

That contributed to the long delay in passing the new rules, some of which were supposed to be in effect by Jan. 2.

ISP initially proposed rules in August, but gun dealers in the state mounted fierce opposition during a public hearing, arguing that many of the proposed rules - including those governing video surveillance systems and after-hours storage of inventory - would be so costly they would drive many dealers out of business.

ISP then agreed to revise the proposed rules. In December, just before rules governing alarm systems needed to be in place, the agency published a set of emergency rules only allowed to remain in force for 150 days. That gave the agency additional time to negotiate with gun dealers and other stakeholders and draft permanent rules. 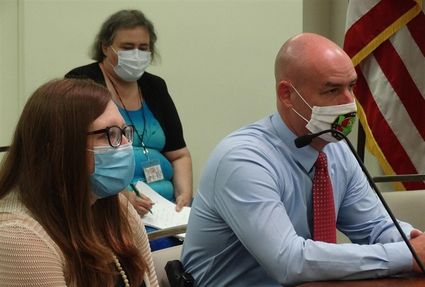 At a meeting in February, Schimpf and Reick offered a motion to block those emergency rules, arguing that the "emergency" was created by ISP's own slowness in drafting them. But that motion failed to get the two-thirds majority needed.

JCAR considered another set of proposed permanent rules during the General Assembly's special session in May, but amid continuing opposition by some members, including Schimpf and Reick, it postponed taking action until June.

There were no recorded objections to the rules approved Tuesday.

A spokesman for the Illinois State Rifle Association was unavailable for comment Tuesday.