One of new deaths came from Stateville prison 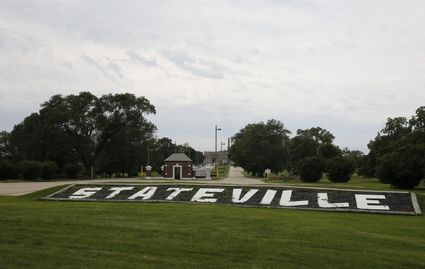 In his daily press briefing about the novel coronavirus disease outbreak Monday in Chicago, Gov. JB Pritzker said the state's third shipment of relief supplies from the feds arrived Sunday, but likely includes 300,000 surgical masks instead of the N95 respirator masks Illinois requested.

"While we do not have a final count on this yet, I can say with certainty that what they sent were not the N95 masks that were promised, but instead were surgical masks, which is not what we asked for," Pritzker said.

Made of thin fabric and held loosely onto the face, surgical masks do not provide as much protection against COVID-19 as N95 masks, according to the U.S. Centers for Disease Control and Prevention. Surgical masks create a loose barrier for the mouth and nose against coughs and sneezes, while tight-fitting N95 masks are able to "filter small particles from the air and prevent leakage around the edge of the mask when the user inhales."

"PPE is the first line of defense for our health care workers. It's not a luxury that they should have to ration," Pritzker said.

A consistent critic of the federal response, Pritzker added that the size of the latest federal shipment "still pales in comparison to our requests and appears to be even smaller than our previous two shipments."

"I can't emphasize enough how much we need the federal government to step up and amplify the size of their PPE deliveries to Illinois and, frankly, across the nation," Pritzker said.

Other than receiving federal shipments, the state is responsible for buying its own PPE on the open market, often negotiating against other states, nations and even the U.S. government. By the end of this week, Pritzker said, the state will have received 5.5 million N95 masks and 5.55 million surgical masks from shipments it purchased.

"In the absence of aggressive action from the federal government, my team will continue to run down every possible lead to get what we need," he said.

Pritzker announced Monday that Chicago's McCormick Place convention center will soon be converted into a field hospital for COVID-19 patients with mild symptoms who do not require intensive care.

As Chicago and Cook County continue to be hotspots for the disease with more than 3,700 combined cases, Pritzker said using the convention center as a medical facility will help free up space at traditional hospitals.

"McCormick will be dedicated mostly to non-acute COVID-19 patients," Pritzker said, "people whose condition could benefit from the care of medical professionals but who are not likely to need a formal ICU."

Using $15 million of funding from the Federal Emergency Management Agency, the Illinois National Guard is working with FEMA and the Army Corps of Engineers to set up 3,000 beds by the end of April. Pritzker said he expects 500 to be set up by the end of this week.

"The first place we are directing our patients is to existing hospital beds, maximizing our underutilized hospitals first," Pritzker said. "If we never have to go beyond our existing facilities, we will all be extremely happy. But since we can't guarantee that, and in fact, we don't have the data yet to suggest otherwise, we're actively building out capacity."

Because this pandemic is "an evolving situation," the governor said, "if our experts determine down the line that McCormick Place should be dedicated to a different set of criteria, we will shift our mission."

Workers are also in the process of setting up temporary beds at closed hospitals in the suburban Chicago cities of Blue Island and Elgin.

A male prisoner at Stateville Correctional Center in Crest Hill was one of eight new deaths from COVID-19, the Illinois Department of Public Health announced Monday. As the death toll rose to 73, the number of cases in Illinois rose by 461 to 5,057 In 52 counties.

"There are 12 men who were incarcerated at Stateville who are now hospitalized, several requiring ICU and ventilator support," said IDPH Director Dr. Ngozi Ezike.

She said 77 additional inmates and 11 staff members have symptoms and are being isolated at the facility.

Ezike said the Illinois Department of Corrections is taking steps to control the spread of the virus inside prisons, including having all staff wear PPE and getting their temperatures checked daily, as well as locking down some prisons.

"Correctional centers with a confirmed case are placed on lockdown, which means that there will be no movement around the facility except for medical care," she said.

When someone shows symptoms, they are normally told to quarantine alone. In a prison setting, however, Ezike said, officials are considering grouping multiple laboratory-confirmed cases together.

The eight deaths reported Monday are people in their 50s through 70s in Cook, DuPage, Kendall and Will counties.

Monday's increase in cases is much lower than the 1,105 new cases reported a day ago. Officials said that decrease, however, is not indicative of Illinois flattening the curve. Instead, it is because different labs take different amounts of time to report test results.

Ezike said only long-term trends will show any bending of the curve.

"The truth is, the number of cases will continue to increase. Unfortunately, as will the deaths," she said. "The cases that I report do not capture all of the people in Illinois with COVID-19. Many of you know that you may have been ill but didn't have a test to confirm it."

Pritzker said health officials are working to confirm the number of people who have recovered from COVID-19. The state has officially reported only two recoveries: a Chicago couple who were the first Illinoisans to contract the virus in January. 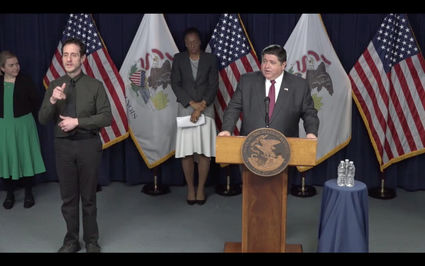 Pritzker, though, said "there are quite a number" of people in Illinois who have recovered.

"The experts are coming to the conclusion that people who've had it and recovered are likely to have developed antibodies that make them somewhat immune to COVID-19 going forward," he said. "And we think that's a positive sign anyway for what could happen on the other side of the peak that we're likely to see."