That's amore: Plan ahead to treat your sweetheart to the sweet taste of Italy 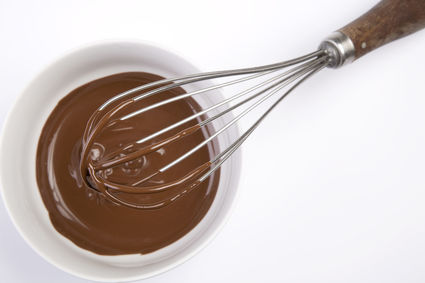 It can be a challenge when Valentine's Day falls on a weekday. If you have a job or other demanding activities but want to cook for your Valentine, as many people wish to do, how do you prepare something special after what will probably be a busy day?

The simple answer is to do some planning, and at least a little bit of cooking, ahead of time. That is why I'd like to share a special recipe to make for the one you love: a classic recipe from my restaurant Spago for the Italian frozen dessert known as a tartufo.

If you know any Italian at all, even the restaurant version of the language with which many people are familiar, you may recognize the dessert's name from more savory sections of the menu. Tartufo literally means "truffle," referring first and foremost to the roughly spherical fungi found at the bases of some trees such as oak and hazel. Highly prized for their wonderfully earthy, aromatic perfume, truffles are among the great delicacies of the kitchen.

Not surprisingly, the name became poetically attached to another coveted delicacy as well, and this one is sweet: Small, soft spheres of the chocolate-and-cream mixture called ganache, which are sometimes rolled in cocoa powder or grated or melted chocolate or to resemble the earth still clinging to true truffles when they're dug up. Many of you reading this will no doubt give, or receive, a box of chocolate truffles on Valentine's Day.

But there's still another type of sweet truffle; this one is a frozen dessert that at least two different restaurants in Italy that I know of - one in the town of Pizzo on the coast of Calabria near the southwestern toe of Italy's boot, the other in Piazza Navona in the heart of Rome some 380 miles to the northwest - claim to have invented themselves.

This tartufo, for which I offer you a simple, delicious version here that we served long ago at Spago in Beverly Hills, is a semisoft frozen dessert (which the Italians call a semifreddo) made by mixing together melted chocolate, beaten egg yolks, a simply made sugar syrup, and some cream. I like to freeze the mixture until firm enough to scoop, and then form it into egg-shaped ovals that I roll in grated chocolate before returning them to the freezer to set.

It's a surprisingly simple recipe, but still one that would be wise to make up to a couple of days ahead of Valentine's Day so you have it ready to remove from the freezer and serve to your sweetheart.

2 tablespoons Chambord or other raspberry liqueur, or 1 tablespoon vanilla extract

Cut 6 ounces (170 g) of the chocolate into small chunks. Put the chunks in a medium heatproof bowl and set over a pan of simmering water; when the chocolate is almost melted, remove the pan from the heat, stir the chocolate, and leave it to continue melting. Keep warm.

Over another bowl, grate the remaining chocolate. Set aside at cool room temperature.

In the large bowl of an electric mixer fitted with a wire whip or beaters, whip the egg yolks until thick. Alternatively, put the yolks in a large heatproof mixing bowl and beat them with a hand-held electric mixer.

Meanwhile, clip a candy thermometer to the side of a small saucepan, Put the sugar and water in the pan and, over high heat, bring the sugar and water to a boil, watching carefully, until the mixture reaches 230 F to 234 F (110 C to 112 C). Large, shiny bubbles will form and the syrup will thicken.

Instantly remove the syrup from the heat and, with the mixer running at the lowest speed, carefully pour the syrup into the yolks. (Be careful to avoid pouring the syrup directly onto the beaters or the sides of the bowl.) Once all the syrup is poured, increase the speed to medium and continue beating until the mixture is cooled and very thick. Scrape in the melted chocolate and beat until incorporated, forming a stiff mixture.

Still beating at medium to high speed, gradually pour in the cream until smoothly incorporated, stopping as needed to scrape down the sides of the bowl and under the beaters with a rubber spatula. Beat in the Chambord or vanilla.

Pour the mixture into a medium bowl, cover, and freeze just until solid enough to shape, 3 to 4 hours. Line a tray with waxed paper. To form the tartufos, use a pair of tablespoons, scooping up the mixture generously with one and shaping it with the other to create a smooth oval larger than an egg. Dip the spoons occasionally into warm water to make it easier to scoop.

As each oval is formed, roll it in the grated chocolate to coat completely; then, transfer to a freezer-proof tray lined with parchment paper or foil. (If the remaining mixture softens too much, return it to the freezer and then continue shaping when it's firm enough.) Loosely cover the tartufos and free until just before serving time.

To serve, spoon some raspberry compote atop individual chilled dessert plates and place two tartufos on each plate. Serve immediately.

In a medium nonreactive saucepan, combine the berries, sugar and lemon zest. Cook over medium heat until the berries exude their juices. Reduce the heat to low and cook, stirring occasionally, until thickened, about 15 minutes.

Remove from the heat, let cool to room temperature, and refrigerate in an airtight nonreactive container until needed, up to one week.