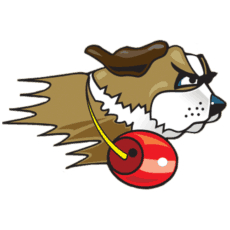 Indiana Northwest overcame a nine-point deficit late in its Jan. 25 Chicagoland Collegiate Athletic Conference (CCAC) contest against the University of St. Francis men's basketball team and was able to hold on for the final two-plus minutes for a 75-72 victory over the Saints at IUNW's Savannah Center.

Indiana Northwest trailed by nine points at 67-58 with just under seven minutes remaining in the game before scoring 10 of the next 11 points to move into a 68-all tie with USF at the 3:36 mark. A five-point RedHawks' swing put the host team up 73-68 approaching the two-minute mark, but the Saints reeled off the next four points on baskets by guards Malik Bailey (SR/Tutwiler, Miss.) and Arnold Agard (JR/Brooklyn, N.Y.) to get within 73-72 with :42 showing on the clock. A pair of IUNW made free throws followed seven seconds later to give the RedHawks a three-point lead (75-72). USF would get an opportunity to pull into a tie with 19 seconds remaining, but a three-point shot by forward Mitch Kwasigroch (SR/Manhattan, Ill.) wouldn't drop. The final chance came with less than 10 seconds to go as the Saints gained the possession, but weren't able to get off a shot as time expired.

USF, which is now 7-14 overall with a 5-10 CCAC mark on the season, held a 37-33 advantage at halftime. The Saints, who finished the game shooting at a 43.8 percent (28-64) clip, battled with IUNW back-and-forth for the initial 10 minutes of the contest until a MItch Kwasigroch three ball with under 10 minutes left gave USF a 24-22 lead. The Saints would then build upon their advantage to eight points on two occasions with the later coming at the 2:16 mark on a pair of free throws from guard Jarret Gmazel (SR/Manhattan, Ill.). IUNW was able to slice its deficit in half the final two minutes of the first half on back-to-back buckets.

USF the lead for the next nine-plus minutes albeit by a single point four times and as many as nine (67-58) with just under seven minutes to go.

Mitch Kwasigroch's 15 points paced USF, which received 11 points from Malik Bailey to go with eight apiece from Jarret Gmazel and guard Eric Ting (JR/Taoyuan, Taiwan). Forward Lewis Holey (JR/Sydney, Australia) pulled down nine rebounds to lead all players and Malik Bailey had seven caroms for the Saints, who were outrebounded by the RedHawks 45-36.

USF concluded the day putting up 27 three-ball attempts and converting on 12 for 44.4 percent. The Saints hit the 50 percent mark in free throw shooting, going four-for-eight.